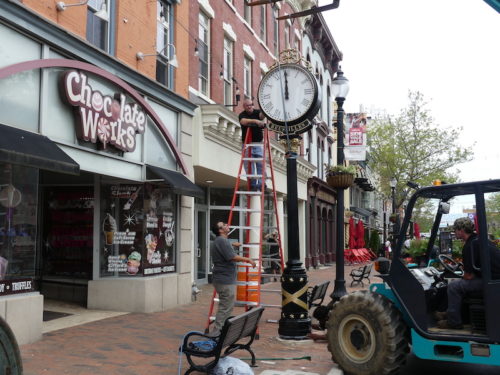 Eight months after it was toppled and damaged by a truck, a 120-year-old clock was returned to its place on Broad Street in Red Bank Tuesday.

END_OF_DOCUMENT_TOKEN_TO_BE_REPLACED 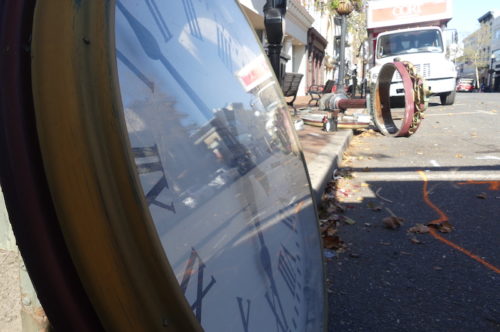 A cast-iron clock that’s stood on Broad Street in Red Bank for more than a century suffered slight damaged when it was knocked over by a truck Wednesday morning.

END_OF_DOCUMENT_TOKEN_TO_BE_REPLACED

The upper two floors of 74 Broad Street have been vacant for years. (Photo by John T. Ward. Click to enlarge)

One of downtown Red Bank’s most prominent buildings has a new owner, redbankgreen has learned.

The century-old three-story structure at the corner of Broad and Monmouth streets was sold Friday to a local family that’s been on something of a buying spree in the central business district recently.

END_OF_DOCUMENT_TOKEN_TO_BE_REPLACED