Laurie Goganzer, below, will lead the merge operations. 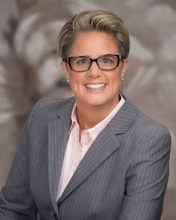 The Community YMCA and YMCA of Western Monmouth County are uniting on Sept. 1 to become the “YMCA of Greater Monmouth County” with funding from the Jay & Linda Grunin Foundation and the state of New Jersey.

Laurie Goganzer, appointed to lead the new county YMCA as president and chief executive officer, said the two Ys look forward to coming together as one association to increase the nonprofit’s impact in youth development, healthy living and social responsibility.

Goganzer said the Ys will receive a $150,000 grant from the Jay and Linda Grunin Foundation and $75,000 in state aid, secured by Senator Vin Gopal from the 11th District, to help underwrite costs associated with merging the two organizations.

“We are truly grateful for the generous support from the Jay & Linda Grunin Foundation and to Senator Gopal, Governor Phil Murphy and the New Jersey Legislature,” Goganzer said. “As a nonprofit charitable organization, the Y relies on support from the community to deliver our mission of providing access to all,” she added.

Jeremy Grunin, president of the Jay and Linda Grunin Foundation, said, “This was the perfect opportunity for The Community YMCA and YMCA of Western Monmouth County to expand their resources and strengthen their mission. Together, as the YMCA of Greater Monmouth County, they will increase their ability to impact and serve even more children in our community.”

“The YMCA has a unique ability to support our children and encourage their growth,” said Gopal. “Through this merger, I’m confident that the YMCA of Greater Monmouth County will have the tools it needs to bring our communities even closer together and help our children reach their full potential.”

Goganzer said the merger is beneficial for both organizations and the communities that they serve. “This union creates a new synergy that will enable both Ys to benefit from shared resources and enhance our ability to respond to the community’s most pressing needs, including suicide prevention, mental and behavioral health care, affordable child care and access to healthy living options,” she said.

In April, the two Ys announced the merger and since then have been integrating all aspects of their operations, from human resources, finance and marketing to membership and programs.

Jointly serving over 36,000 members and participants, the new association will employ more than 1,200 people and engage approximately 650 volunteers with an operating budget of $25 million, making it the second largest YMCA in New Jersey.

Goganzer said the new association name was recently approved by YMCA of the USA, the national resource office for the Y’s 2,700 chapters across the country.

Goganzer, a 27-year YMCA professional, was appointed by the joint Board of Directors to lead the new YMCA of Greater Monmouth County after serving two years as president and CEO of The Community YMCA.

The two Ys will celebrate their historic merger at the Stronger Together Gala on Sept. 27 at The Addison Park in Aberdeen. All members and friends are invited to attend the event, which will honor volunteers who’ve been instrumental in helping the organization increase its impact.

In October, all are welcome to participate in “ribbon-tying” events, followed by open houses with facility tours and special membership pricing at the following Y locations:

In addition to the community center and three health and wellness branches, the new association will operate outdoor day camps in Millstone and Wall; counseling and social services centers in Eatontown, Matawan and the Leonardo section of Middletown; child care centers in Freehold, Matawan and Red Bank; and administrative offices in Shrewsbury. Additionally, the YMCA of Greater Monmouth County will provide before and after school care services in 40 schools and therapeutic counseling to children in 88 schools in eastern Monmouth County and parts of Middlesex and Ocean counties.

For more information about the Y, call 732.671.5505 or visit www.ymcanj.org/strongertogether.

Twitter
Posted on August 17, 2019 at 1:53 pm, filed under All Good, RED BANK, Sports, Teens and tagged laurie goganzer, red bank nj, the community ymca, YMCA of Greater Monmouth County. Bookmark the permalink. Follow any comments here with the RSS feed for this post. Trackbacks are closed, but you can post a comment. Email this story.
PREVIOUS: RED BANK: FOOD TRUCK BAN TO CONTINUE NEXT: RED BANK: ‘GROUNDHOG DAY’ OF MUGGINESS
redbankgreen.com