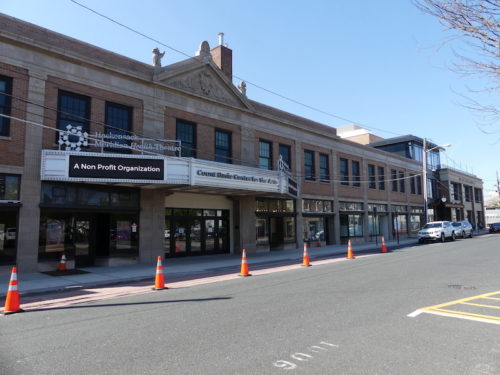 Each month, a different charitable organization will benefit from the Basie’s ticket sales under the yearlong program. (Photo by John T. Ward. Click to enlarge.)

The Count Basie Center for the Arts in Red Bank has named Long Branch-based Shore House as the beneficiary of its first “Giving Year” giveaway.

The idea: to donate $1 from every event ticket sold during a specified month to a different charitable organization.

END_OF_DOCUMENT_TOKEN_TO_BE_REPLACED

This year’s Giving Tuesday is November 29, marking the 10th year of the annual push to “inspire generosity around the world, with a common mission to build a world where generosity is part of everyday life.”

Here are some Red Bank area organizations seeking help – and one that plans to give a boost to others.

END_OF_DOCUMENT_TOKEN_TO_BE_REPLACED The domed ceiling of the Count Basie Theatre. Below, Linda and Jay Grunin. “Giving Tuesday,” founded in 2012 by New York City’s 92nd St. YMCA and the United Nations Foundation, was originally a “response to commercialism and consumerism” during the holiday season. It has since turned into an international day of giving.

Next Tuesday, Nov. 28, the nonprofit Count Basie Theatre will join forces with 94.3 The Point and The Jay and Linda Grunin Foundation for a day-long, live broadcast from the Basie to raise funds for the Veterans Tickets Foundation, or Vet Tix.