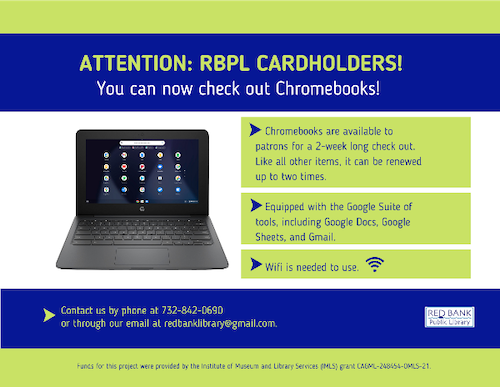 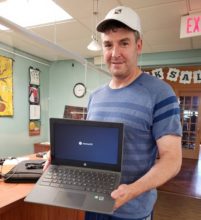 The Red Bank Public Library has added Chromebooks to the information technology available for borrowing by patrons.

END_OF_DOCUMENT_TOKEN_TO_BE_REPLACED 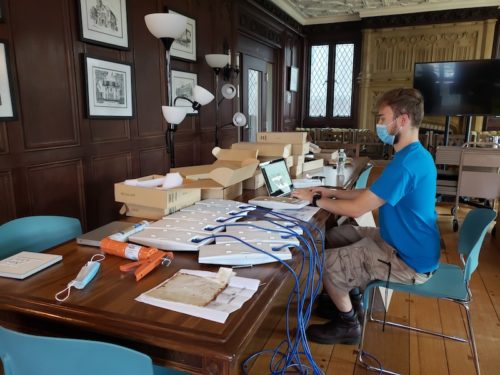 Scenes from the recent installation of enhanced wifi at the library. (Click to enlarge.) 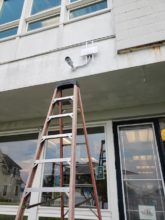 The Red Bank Public Library has been selected as one of 27 libraries and was recently awarded $10,000 of grant funding by The NJ State Library to
support the CARES ACT Mini-Grant for Public Libraries.

The grant award supplemented the cost of an improved WiFi system that is now strong enough to provide service to anyone on the library grounds, inside or outside the building.

END_OF_DOCUMENT_TOKEN_TO_BE_REPLACED