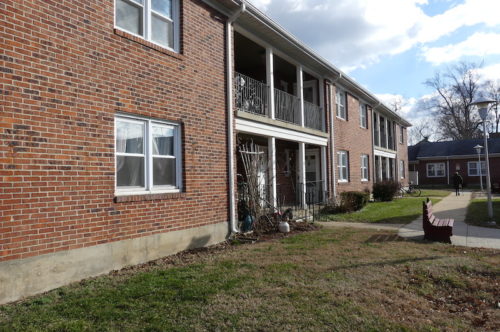 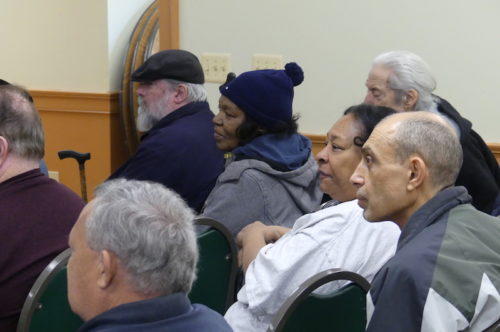 Under a proposed switch, rents at the 90 units owned by the Red Bank Housing Authority would be covered by section 8 of the federal Housing Act. The units are now under Section 9.

The difference? “It’s a matter of where the appropriations come from to fund improvements,” Lou Riccio, a partner in the firm that provides management of the two properties, told redbankgreen following a RBHA board meeting last Wednesday night.

Under Section 9, public housing owners like RBHA receive an operating subsidy and capital funds from the federal Housing and Urban Development agency, he said. But since the Reagan era, Congress has steadily been reducing funding for capital repairs, Riccio said.

As of 2018, public housing authorities had a backlog of capital projects estimate to cost $26 billion, he said.

“Congress has really been shortchanging HUD for the last 40 years,” Riccio said.

Section 8, by contrast, allows owners to keep the rents they collect and put them in reserve for capital projects, such as new kitchens, roofs, sidewalks and more, said Riccio.

Section 8 program has continued unaffected by Congress “because the majority of units are owned by private corporations that make large donations to both political parties,” he said.

“HUD wants housing authorities to have the ability to raise money for repairs,” Riccio told the audience. Section  8 also provides authorities with a predictable source of funding for construction and repair projects he said.

Rents won’t change, Riccio repeatedly told a gathering of a dozen residents on Thursday, at the first of two presentations about the conversion.

“I can tell you it won’t affect your rent one bit,” he said. “There’s no negative effect. You’ll still pay 30 percent of your adjusted gross income.”

Contrary to rumor, there’s also no plan to demolish units or relocate residents from their apartments for renovations, he said.

The 40-unit Montgomery Terrace, on Tilton Avenue, opened in August, 1960, according to coverage in the now-defunct Red Bank Register. The 50-apartment Evergreen Terrace senior housing component, on Leighton Avenue, opened about a decade later.

Red Bank’s units are owned by the housing authority, an autonomous agency, which intends to retain ownership, Riccio said. Its 2020 budget calls for revenue of $3.48 million.

At the RBHA board meeting, Riccio said the authority “would be able to convert hundreds of thousands of dollars of revenue every year” to a capital fund once the conversion is completed.

“I can tell you that the extra money to be generated by this program is going to be sufficient” to cover RBHA’s needs without additional borrowing, he told residents the next day.

Board chairman Diem Jones said he expected residents “would all like to hear about things like kitchen upgrades.”

Riccio said that more immediately, “there’s a major problem with some of the stairs, which need to be replaced.” He said he expects work to begin by summer.

Riccio said he and partner William Snyder, who serves as RBHA’s executive director, “don’t get extra fees” under the change.

Sean Alfred, a portfolio manager in HUD’s Newark office, told the residents that their landlord is “the perfect candidate for this conversion.

“We want out of the property management business,” Alpert said of HUD. “We should never have been in it.”

While the change on HUD’s end should take little time, Riccio said, RBHA must first meet individually with its tenants to further explain the program.

Another presentation is planned for the borough council in order to obtain a resolution required by HUD, he said.

At the presentation’s end, residents had no questions about the change. Instead, they and HUD officials praised the Red Bank homes as being well-run, with local management provided by 29-year-old Precious Johnson, who lives just yards away from both Evergreen and Montgomery and is on-site daily.

redbankgreen asked 92-year-old resident and former RBHA board member Dorothy Davis if she was concerned about the changes.