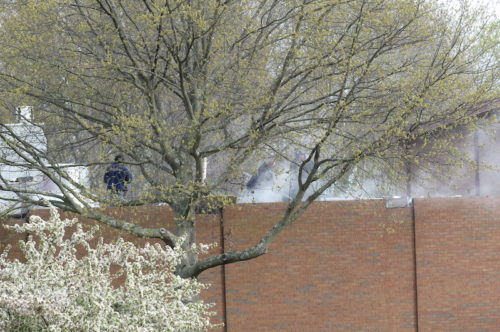 In a note posted on the district website late Wednesday morning, Superintendent Lou Moore said the meeting would be rescheduled for May 6, and will be held electronically “to respect everyone’s right to participate.”

The change followed publication of a redbankgreen article Tuesday night questioning whether the meeting was consistent with Governor Phil Murphy’s general shutdown of the state in an effort to curb the spread of COVID-19.

Please be advised that the Board of Education meeting scheduled for tonight has been canceled.  The budget hearing will now take place on May 6, 2019 [sic].  I apologize for the cancelation but I wanted to make sure that we respect everyone’s right to participate virtually.
In order to ensure that the community has the opportunity to engage with their representatives, our meeting on May 6 will be conducted on-line and constituents will be able to attend virtually, ask questions, and make comments to the Board.   A revised agenda and a meeting link will be posted next week on our website as well as directions on how to attend the meeting.

Moore did not respond to questions about the meeting sent to him Tuesday night and to follow-up questions late Wednesday morning.

Board member Frank Neary, who heads the finance committee, told redbankgreen that its questions were legal ones he could not answer, and referred us to Moore and board attorney Antony Sciarrillo, who also did not respond to emailed questions.

A Murphy spokeswoman said the administration was looking into whether the planned meeting violated the governor’s “stay home” executive order of March 21, which remains in effect.

It allows residents to leave their homes for specific purposes, such as buying food and performing jobs considered “essential.” But it makes no explicit exception for government or school board meetings, and appears to bar them.

On March 10, RBR became the first school in New Jersey to shut down over concern about the pandemic when Moore closed the school for a “deep cleaning of the building.”

That followed news that the adult brother of a student from Little Silver had tested positive for COVID-19. Like schools statewide, which are shut down under Murphy’s orders, RBR has not reopened since, though construction work on an addition and roof replacement has continued.

As of Tuesday, COVID-19 was associated with the deaths of 6,442 New Jersey residents, according to the Murphy administration.