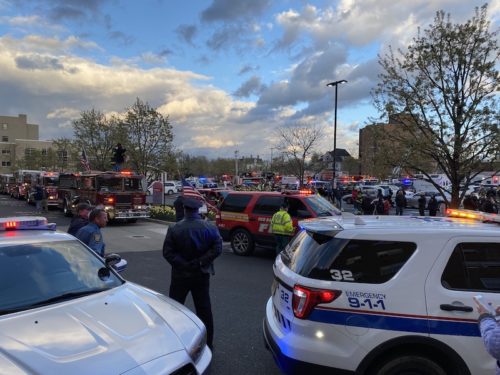 The borough’s firetrucks, joined by gear from at least nine surrounding towns, twice sounded their horns in unison as staffers left and arrived for a shift change. Several hundred participants, most wearing protective masks, cheered and blew kisses from the parking lot as hospital employees in surgical masks and gowns acknowledged the love from upper floor windows.

The aim, he said, was “to say ‘thank you for your courage on the front lines of the battle.'” 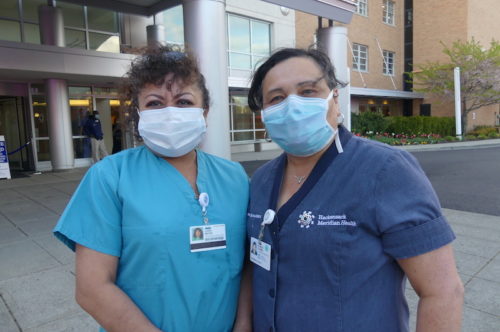 “I’m about to cry,” said Luisa Reyes, a housekeeper from Fort Monmouth, with Blanca Flores, right, of South River. 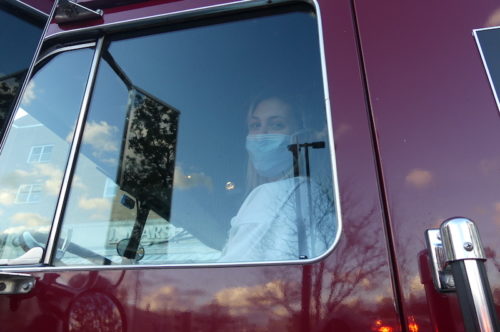 Brittany Hansen, an operating room surgical technician from Jackson, took the occasion to hop behind the wheel of a firetruck. 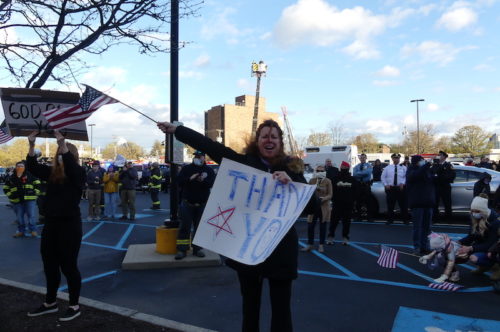 Actress Siobhan Fallon Hogan of Rumson said she had to come out when she learned of the tribute through the grapevine. “We shot a movie here in October, so we know these people from when it was light and airy,” she said. “These guys are heroes.” 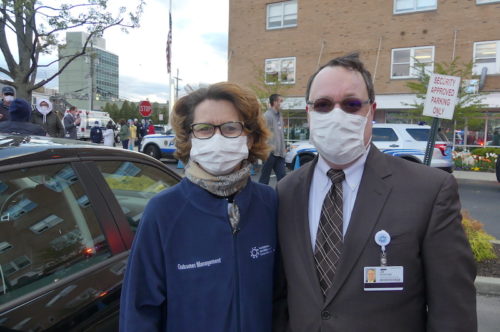 Lisa Yasuk, an administrator from Lincroft, seen here with coworker Jim Scavone of Red Bank, said she was especially heartened to see hospital workers cheering on their own colleagues. “I am overwhelmed,” she said. 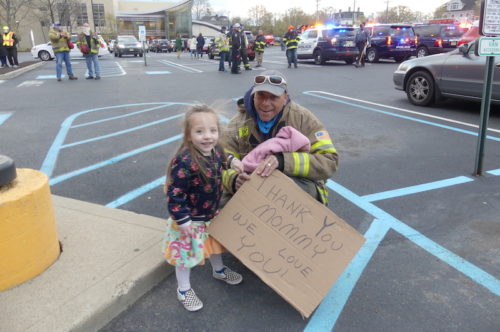 With his three-year-old daughter Abigail, Fair Haven ex-chief Mike Wiehl came out to cheer his wife, Gloria, an oncology nurse at Riverview. “She’s the hero now,” he said. 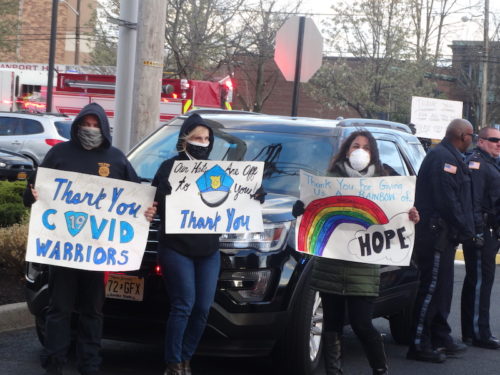 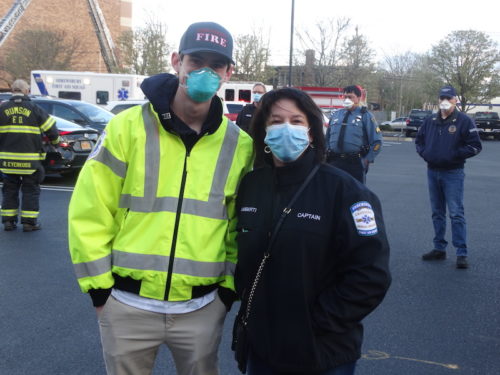 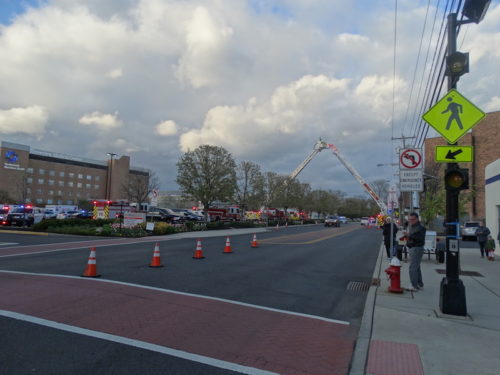 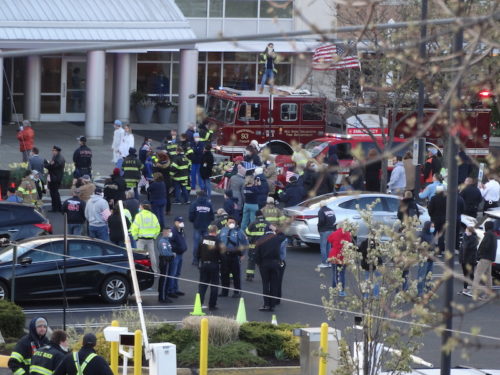 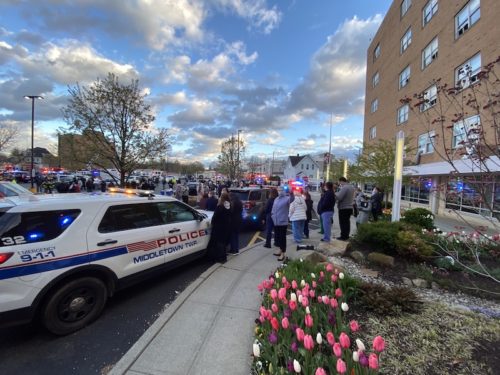 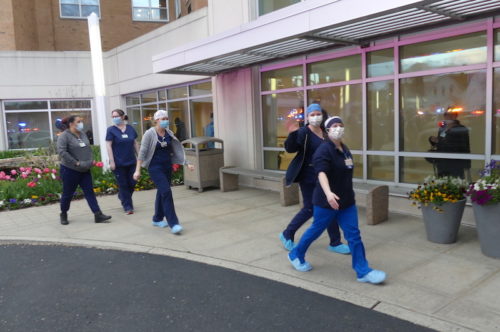 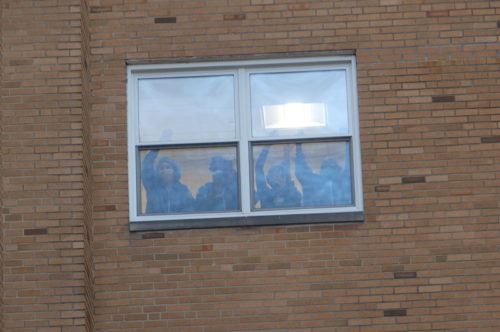 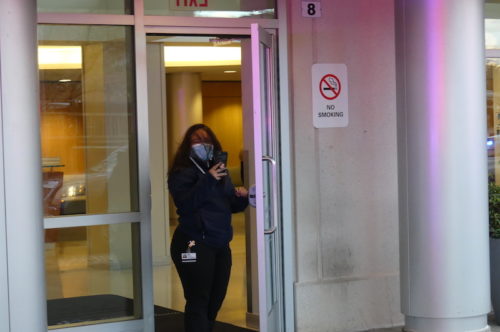 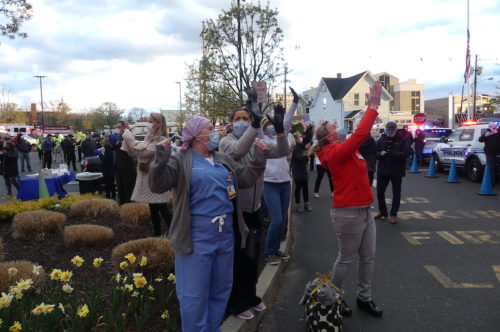 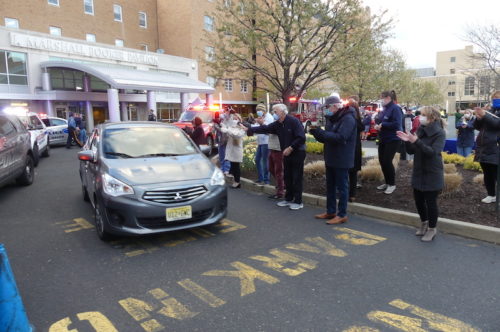 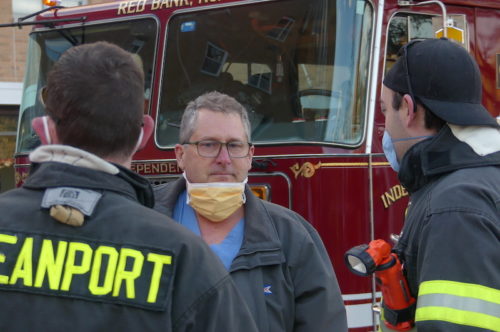 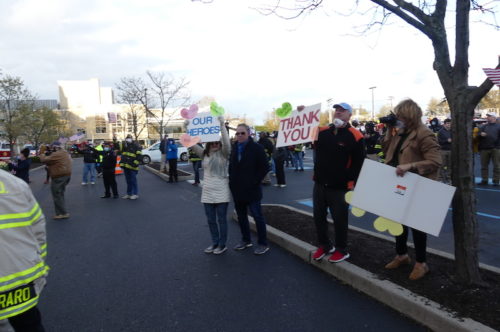 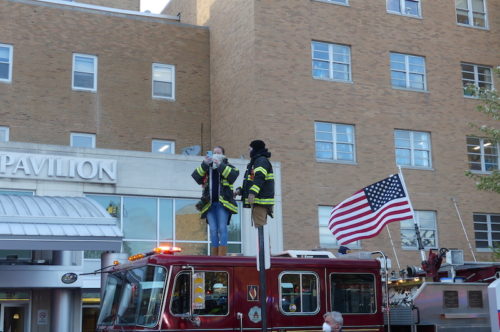 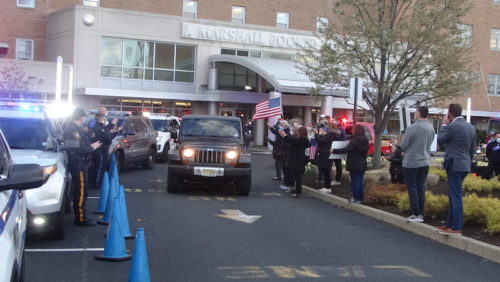 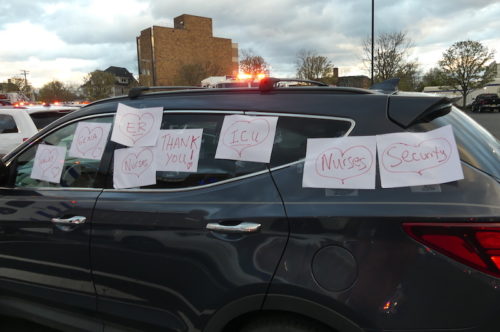 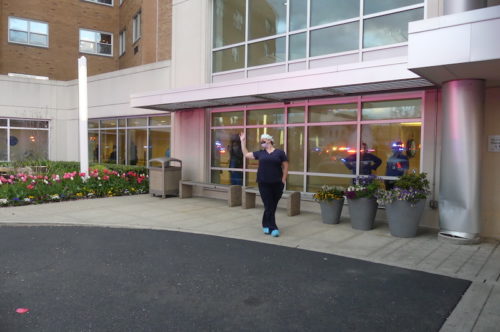 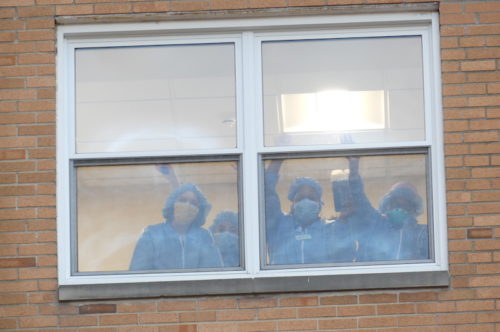 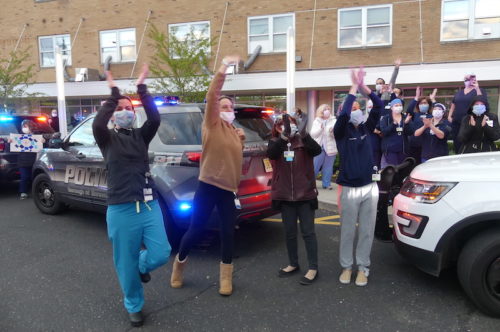 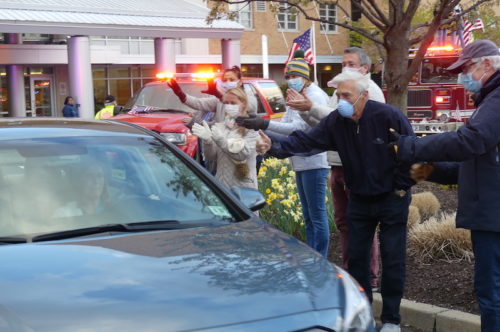 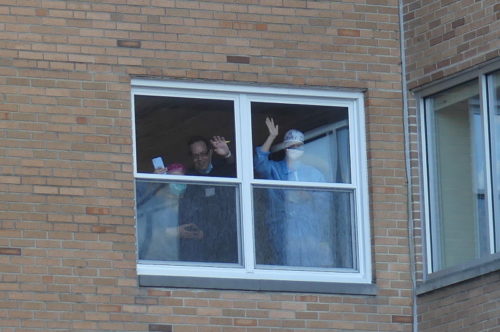 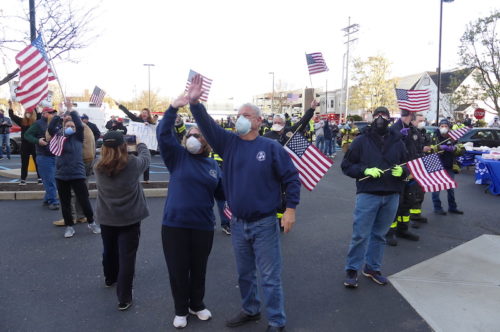 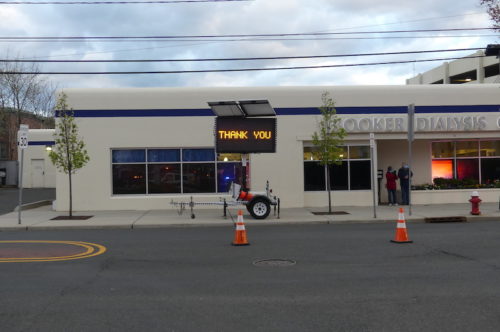 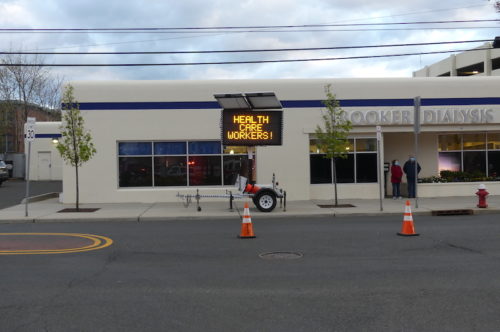 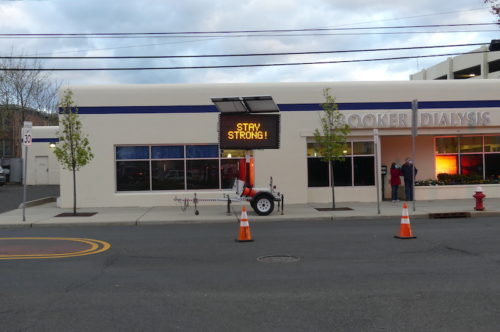