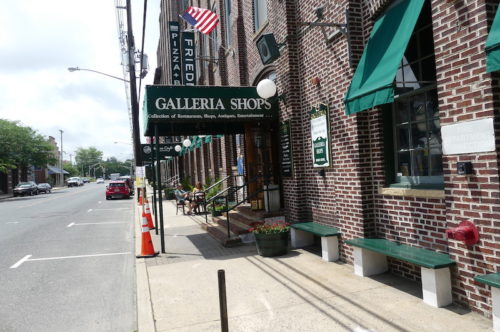 Their plans disrupted by the COVID-19 crisis, a longtime Red Bank-area chef and his two sons have opened a restaurant in the Galleria complex on Bridge Avenue. 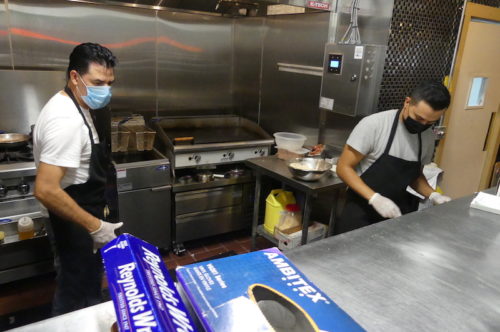 The Salinas Cafe & Restaurant, billing its menu as traditional American and Italian cuisine “with a bit of a Latin touch,” opened a week ago in the space that’s been vacant since the departure of the West Side Café a year ago.

Like its predecessor, the Danish Café, the West Side Café didn’t have much of a kitchen. But Rene Salinas and his sons, Rene and Oscar, have corrected that deficit, at considerable expense, said the Rene the younger.

Salinas Café was set to open in April, but that plan got derailed by the economic lockdown in the face of the spreading virus, he said.

Then the trio set their sights on opening at 25 percent of indoor capacity on July 2, but with just three days notice, Governor Phil Murphy postponed reopenings at that level, citing rising COVID-19 infection rates in other states.

Now, the Salinases hope to develop a following with a string of tables set out on the Bridge Avenue sidewalk opposite the Two River Theater.

“It’s been a tough ride, but every day, we’re improving a little,” said Salinas, who like his father and brother has extensive restaurant experience, all having worked at Val’s Tavern in Rumson for years.

The restaurant is open seven days a week and offers catering services.

If you value news about Red Bank economic activity, please become a paying member of redbankgreen. Click here for details about our new, free newsletter and membership information.