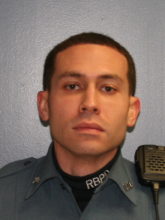 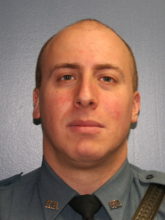 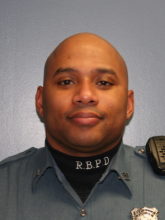 Three Red Bank cops are slated for commendation as lifesavers Tuesday night for aiding a seriously injured, and uncooperative, teen earlier this month.

According to a resolution up for adoption by the borough council, Patrolmen Cevin Albert and Milton Gray and Sergeant Matthew Ehrenreich responded to call about a domestic dispute at a home on Shrewsbury Avenue on November 2.

Just as one of the officers was arriving, a 17-year-old male in the house smashed a glass door, unintentionally injuring himself.

The young man began bleeding so profusely that the officer and his colleagues recognized it immediately as a “potentially fatal wound,” Chief Darren McConnell told redbankgreen.

Like others in the department, the officers each carried a combat application toruniquet, and had been trained in its use. But in the three years the devices have been on the belts of RBPD cops, one had only been used once before, McConnell said.

Because the teen, whose name was withheld, was distraught, the officers had a struggle in applying the tourniquet, McConnell said.

“He wasn’t fighting, but he wasn’t exactly cooperating, either,” McConnell said.

The officers applied the tourniquet and stanched the bleeding before emergency medical personnel arrived and transported the patient to Jersey Shore Medical Center in Neptune, where he was found to have severed the brachial artery, McConnell said.

McConnell did not have information on the teen’s condition. But without the officers’ actions, he might have bled to death without quick action, McConnell said.

No charges were filed in the incident because no crime was committed, he said.

The proposed Lifesaving Award resolution would commend Albert, Ehrenreich and Gray for their swift action.

The council meeting is scheduled for 6:30 p.m. Tuesday, instead of the usual Wednesday, and will be conducted via Zoom. Here’s the access information, and here’s the full agenda.