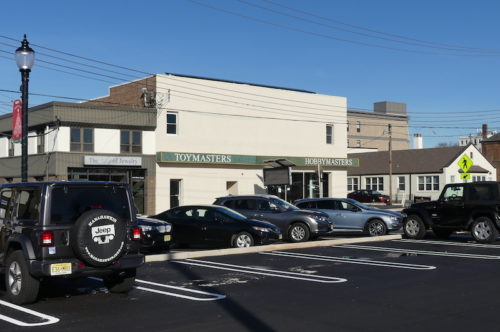 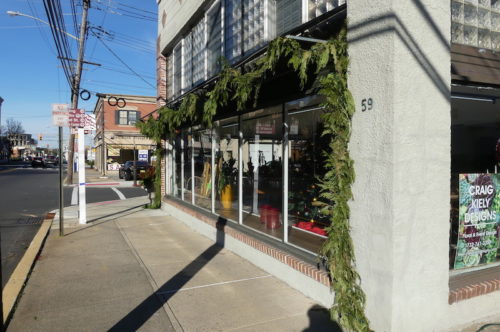 Anthony ‘Tone’ Purzycki, who opened his Trap Door Escape at 60 White Street in 2015, has signed a lease for 62 White, the longtime home of Hobbymasters, which closed in February.

There, with 11,000 square feet of additional space to work in, Purzycki plans to create six new “games,” in which participants are “locked” into a room and have to solve mind-bending puzzles to escape within a set time.

With its existing 3,000-square feet in the former Dunlop lock store, the added space will give Trap Door the largest area devoted to escape room entertainment under one roof in the United States, Purzycki said.

At present, that title is held by one of Purzycki’s other two locations, in the Pocono Mountains in Pennsylvania, he said.

“There’s no doubt about it, that’ll give us a much larger canvas to advertise our business,” which also has a location in Morristown, Purzycki told Churn Wednesday morning. The industry averages about 500 square feet per location, he said.

Purzycki said the existing Trap Door space will be used as a check-in for customers, who will then be walked over to their “experience” at 62 White.

Well, even without its valuable corporate team-building clientele, Trap Door had its most profitable month ever in August, and “the phone still rings” in Red Bank, even as COVID-19 case numbers rise, Purzycki said. That’s because escape rooms are “almost perfect” outlets for players who crave an activity but require safety, he said.

After closing her 40-year-old hobby shop, Arlene Placer sold the building to an entity controlled by John Bowers for $581,360 in September.

But Bowers said he and Purzycki began discussing the expansion before the pandemic hit.

“The way we look at it, it’s a retail space that can compete with Amazon” by foregoing merchandise completely, Bowers said. “It will bring people into Red Bank for an experience they can’t get anywhere else.”

Purzycki said he hopes to open half the new operation next summer, with the other half completed a year from now.

As for the space long occupied by Hobbymasters’ giant mural overlooking the White Street municipal parking lot, that’s now another blank canvas. But Purzycki is dreaming big, and certainly bigger than what’s permitted under the town’s sign ordinance: he hopes to persuade the borough to allow him to project images onto the wall at night.

In other notable comings and goings…

• The Bowers organization is seeking a new tenant for 70 White Street, on the northeast corner at Maple Avenue, following the recent departure of the Charles Schwab brokerage.

The 5,000-square-foot, one-story building can be divided into two retail spaces, and has its own parking lot with room for two dozen vehicles, Bowers said.

Old-timers may recall the building was once home to the Phasor video rental store. Brothers Commercial has the listing.

The floral designer launched his business 25 years ago on Mechanic Street. His new home was last occupied by another florist.

Promin, who graduated from Red Bank Catholic High, had a shop called Jolie Maison on River Road in Fair Haven for seven years in the early 2000s.

• Head Space Salon has taken over the former home of the Ritz Hair Salon at 74 Monmouth Street.