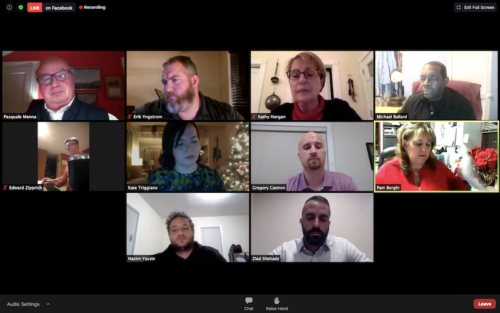 The final Red Bank council meeting of 2020 included a couple of apparent cases of loose lips.

In one, Mayor Pasquale Menna revealed more than the borough attorney thought he should about the settlement of a lawsuit over Riverview Medical Center’s water bill.

In another, Councilman Ed Zipprich  questioned the qualifications of a newly hired official. 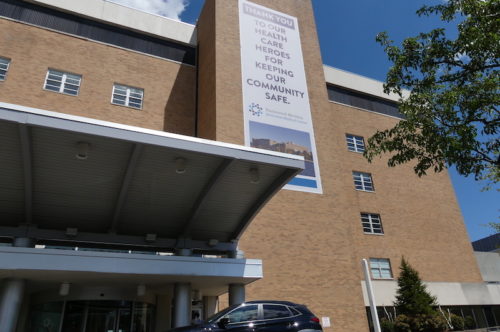 The lawsuit alleged an illegal water hookup at Riverview’s Blaisdell wing dating back to 1984. Below, new community development director Shawna Ebanks. (Photo above by John T. Ward; below courtesy of Shawna Ebanks. Click to enlarge.) 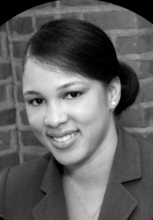 • As previously reported, the borough sued Riverview almost two years ago, seeking a whopping $5.3 million for at least half a billion gallons of water consumed over a 33-year period, the borough alleges in a lawsuit.

In complaint, the town contended the hospital hid an illegal connection and meter when it built its Blaisdell Pavilion wing in 1984. Riverview denied the allegations.

After the appointment of a professional mediator, a settlement was reached, and put before the council Wednesday night in the form of a resolution for council approval.

The document said that the parties concur that the complaint “involves arguable and disputed questions of fact and law,” and that the two sides “have agreed to compromise and fully and finally settle” the matter.

But the document doesn’t spell out the terms of the settlement, and Cedar Avenue resident Sue Viscomi asked during the public comment if the borough was recouping money, and if so how that sum might be used.

“That amount of the settlement is $850,000,” Menna began to reply. But he was immediately cut off by Attorney Greg Cannon.

“Pat, Pat, Pat,” Cannon said. “As part of the agreement, we’ve agreed not to discuss the terms or the amount of the settlement. However, they are publicly available via OPRA request, because they are required to be, in accordance with law,” he said, referring to New Jersey’s Open Public Records Act.

“The money will be put in the utility fund,” he continued. “But in terms of the amount of the settlement, the borough has agreed not to verbally discuss it or comment on the settlement except to say that the borough is satisfied and that we look forward to a fruitful future with the hospital and the matter has been concluded to our satisfaction.”

The borough is also “required to inform the hospital of the receipt of those OPRA requests, according to the terms of the settlement,” Cannon said.

He apologized to Menna for being “so forceful” in his interruption.

“I’m glad you did,” Menna replied.

• Later in the meeting, the council approved the hiring of Shawna Ebanks to fill a new, full-time position: director of community development at an annual salary of $90,000.

Councilman Michael Ballard said he had asked for, but not received, the résumés of all the applicants for the job, “so I can’t benchmark this position.” In addition, he said the council was filling a position that does not exist in the borough ordinances.

Zipprich followed, saying he agreed with Ballard’s objections, adding, “I don’t feel this person has an adequate amount of municipal experience.”

“I would caution, Greg, I would caution about people commenting about the individual without Rice notice,” Business Administrator Ziad Shehady interjected, referring to a legal provision that gives employees an option to have their job status discussed in public, rather than in executive session.

“We really should not discuss personnel publicly,” Cannon agreed.

“Didn’t we already discuss this in executive session?” asked Councilwoman Kathy Horgan. “You made your  points then. I don’t think it’s appropriate to bring them up now.”

Ballard and Zipprich voted no on the resolution. Horgan and councilmembers Hazim Yassin, Erik Yngstrom and Kate Triggiano voted yes.

The town  has been without a planning and zoning director since Glenn Carter’s retirement in March. The new position combines Carter’s job with a host of other duties.