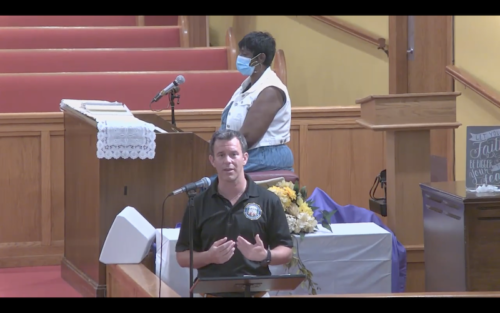 New Jersey’s prosecutors on Thursday issued a denunciation of what they called mob “terrorism” in Washington DC a day earlier.

They called the attack on the Capitol building a “sickening display of everything America is not,” and contrasted the law enforcement response with the treatment of Black Lives Matter protesters in June.

“Yesterday we witnessed an unprecedented and malicious attack on a pillar of our nation’s democracy – the certification of a free and fair election as prescribed by the U.S. Constitution,” the County Prosecutors Association of New Jersey said in a statement. “The mob of rioters was a sickening display of everything America is not – this was not patriotism, but rather terrorism.

“After seeing the response in Washington, D.C. to the BLM protests this past summer, the lack of preparation for the well publicized event that was supposed to be a protest, but clearly with the tension and division in this country predictably would lead to violence, at a minimum raises the question – Are all Americans and their beliefs equally protected by the law?” the statement continued. “As Prosecutors it is our sworn duty to make sure everyone is treated equally under the law and call out when it is not the case.” 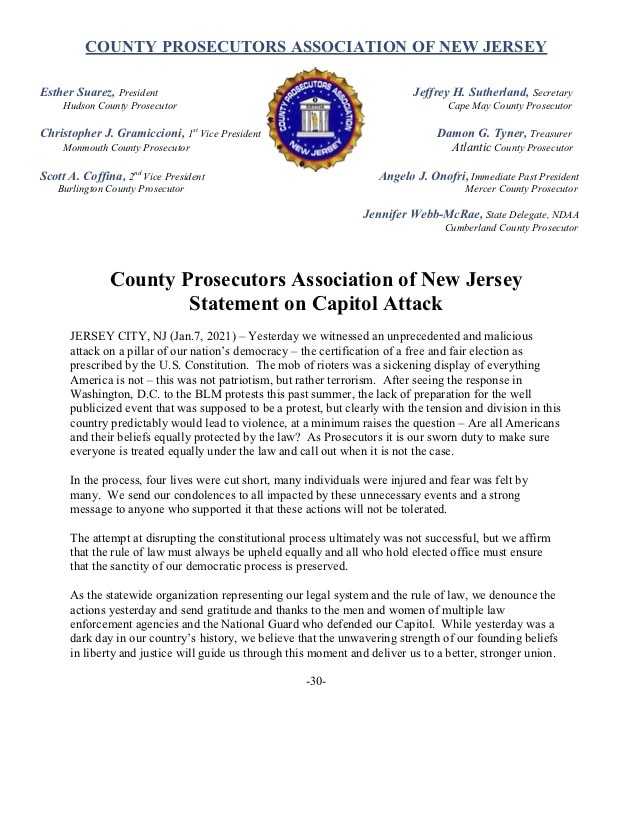