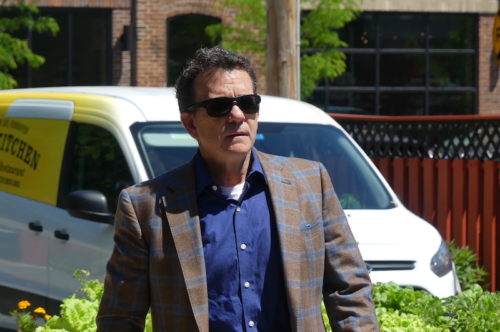 The 13th-district senator and Little Silver resident demanded an apology and explanation for the account suspension, which was triggered by a June 25 tweet in which he said “no one should be compelled to take” a COVID-19 vaccine “given that we have crushed Covid with a combination of natural immunity and voluntary uptake.”

“This is Orwellian and everyone – on all sides of every social media debate – should be scared by this outrageous overreach,” he said in response, according to News12 New Jersey.

He said he and his family are vaccinated and he’s worked to expand vaccine access in Monmouth County, especially for teachers.

Until hospitals become overwhelmed, people hesitant to get the shot should be free to make their own choices, O’Scanlon said.

“Unless they’re impacting the rest of us, it’s none of government’s business what these people want to do,” he said. “They want to take that risk, and their action puts nobody else at risk, then government should shut up.”

O’Scanlon told the publication that Twitter allowed him back onto to the platform 12 hours later, after he agreed to remove the tweet.

“@Twitter I’m so back!” O’Scanlon tweeted Sunday afternoon. “Please tell me which of your rules I violated?!? When you can’t, please admit you suspended me without cause, apologize and reinstate my tweet.”

O’Scanlon’s pandemic tweets have drawn attention before. In May, 2020, he called for “rebellion” against a stay-home order and other limitations on social and economic activity imposed by Governor Phil Murphy.

The tweet prompted Murphy to respond, “be responsible, man. Let’s do this together.”

O’Scanlon afterward said he was being “mostly tongue-in-cheek” with the exhortation.

“I’m obviously not calling for mass insurrection…” he tweeted, “but if the Governor doesn’t responsibly move soon the economic devastation we inflict will be irreversible.”