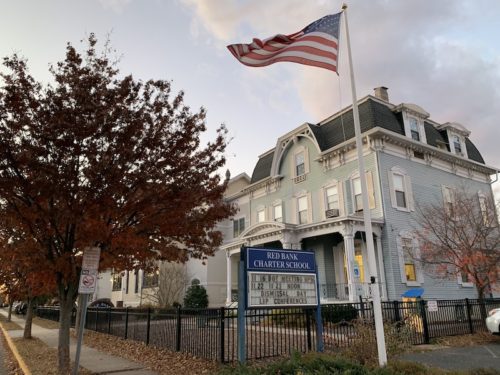 The New Jersey Department of Education will decide whether the Red Bank Charter School can operate for five more years. (redbankgreen photo by John T. Ward. Click to enlarge.)

After nearly three hours of passionate and divided public input, the Red Bank council unanimously supported a resolution calling for a non-renewal of the Red Bank Charter School Tuesday night. 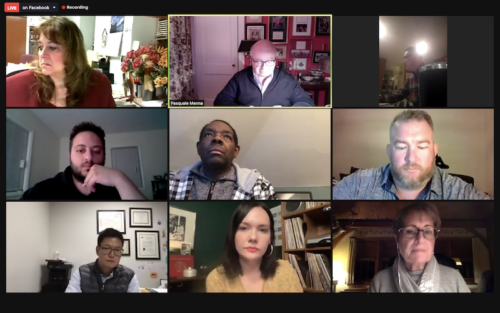 With echoes of positions that divided the town five years ago, some 44 parents, recent students, board members and administrators from both the charter and district schools weighed in during the virtual meeting.

At issue was a resolution supporting the borough school district board of ed, which in August approved its own resolution in its opposition to the charter renewal while calling for a unification of the two systems.

It is “clearly time to review the viability and purpose of supporting two public schools” in a two-square-mile town with fewer than 1,500 K-8 students, the council resolution read.

At meeting’s end, all six council members – Michael Ballard, Kathy Horgan, Kate Triggiano, Hazim Yassin, Erik Yngstrom and Ed Zipprich – voted to send the resolution to the New Jersey Department of Education, which will decide on the 200-student charter school’s request. A decision is expected early in 2022.

Mayor Pasquale Menna said he had received a volume of letters and emails unprecedented in his 31 years as a a council member and mayor.

Leading up to the vote, some two dozen speakers opposed the resolution, arguing in favor of school choice, demographic diversity within its walls and a small-school environment.

About 20 proponents invoked “segregation,” $2 million in duplicative costs, two decades of improvement in district outcomes, and disparities in services that put the district’s 1,400 students at a disadvantage.

Here are some comments:

Matthew Taetsch, Hudson Avenue: “It’s a resolution in support of just displacing 200 children for no good reason,” based on “one individual’s opinion” and “zero statistical fact.”

Fred Stone, McLaren Street, district BOE president: “American law has a tendency to bake in disadvantages… 23 years experience tells us we can’t change the demographic imbalance” between the two systems.

Jessica Naulty, pastor at the United Methodist Church: The charter school is “redundant.”

Stephen Ansel, Branch Avenue: “The burning question for me is why the board of ed wants to close down a good school… shouldn’t even consider disrupting lives of 200 kids… I’m not sure why we can’t manage to co-exist.”

Kate Okeson, Chapin Avenue: “Do we want to perpetuate separate but equal? …inequitable and indefensible system.”

Gilda Rogers, River Street: “It’s always been a separation of the races… it’s been a ‘haven.’ To me. That was the elephant in the room, then and now.”

Janet Jones, former BOE president, pastor at Shrewsbury AME Zion Church: “I’ve seen the Red Bank school system move from the bottom to the top… We had to struggle with cuts to funding. There was no cut in funding to the charter school.”

Jessica Ramirez, Leighton Avenue: “Yeah, you have a choice. If you don’t like our district schools, go pay for a private school.”

William Gerrity, Branch Avenue: His son switched son over to charter school in 7th grade, and “it’s not that hard to get in.”

Here’s a letter to the council by district Superintendent Jared Rumage:Rumage letter 102521

Here’s a letter submitted by head of charter school Kristen Martello: Martello letter 111921 During the meeting, she read from the letter, but omitted a pointed reference to Rumage.