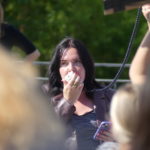 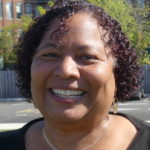 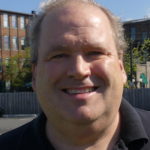 Eighteen “fed up” Democratic party loyalists plan to take on what they call Red Bank’s “exclusionary party machine” in the June primary elections, they said in an announcement early Thursday.

Their goals, they said, are to “bring transparency and end divisiveness” within the organization – and unseat Ed Zipprich as chairman.

Though Democrats hold every elected seat in municipal government, bitter splits have divided the party in recent years, with frequent fireworks at council meetings and pending litigation over a council seat.

Now, in an unusual intraparty challenge, an 18-member slate, including three incumbents, is aiming for a clean sweep of the so-called county committee that forms the party’s political core.

The committee comprises two representatives, one female and one male, from each of the borough’s nine voting districts. [Correction: the gender balance dictated by the 1947 New Jersey Constitution has been found unconstitutional by multiple judges; the slate’s candidates include a pair of men in one district and a pair of women in another.]

“Frustrated by a lack of transparency and inclusivity,” the 18 agree that “under current leadership, the Municipal Committee functions as an insider stronghold; restricting potential candidates for local office while forsaking key duties including support for up-ballot campaigns and community outreach,” they said in their announcement.

Unnamed as the head of the “stronghold” is party chairman Zipprich, a fifth-term councilman who has clashed frequently with a former ally, Councilwoman Kathy Horgan (also in her fifth three-year term), and second-term Councilwoman Kate Triggiano.

Triggiano and Horgan, along with slate member Boris Kofman, are committee incumbents. Moreover, Horgan is one of two plaintiffs in a lawsuit seeking to unseat Councilwoman Angela Mirandi over allegations that Zipprich excluded Horgan and other committee members in the process of filling a vacancy.

“I’m proud to be a member of a spectrum of people who represent our Democratic values,” Horgan said in the announcement. “I want to work with people who have innovative ideas and seek input from others in an ongoing and transparent manner.”

Separately, Triggiano told redbankgreen that if the slate wins a committee majority in the June 7 primary, its members have pledged to “elect a new Red Bank Democratic chair.”

Zipprich, whose term ends June 10, did not immediately reply to a redbankgreen request for comment and additional information.

Notably, it includes two members of the Charter Study Commission: Chairwoman Nancy Facey-Blackwood and Ben Forest. Created by voter referendum in November, the five-member is studying possible changes from the “borough” form of government in place since 1908, with follow-on changes that could include non-partisan elections.

Meantime, there’s still no word from Mayor Pasquale Menna, who was elected in 2006 after an 18-year stint on the council, on whether he will seek a fifth four-year term, after the committee dumped him as their candidate, choosing Zipprich ally Councilman Michael Ballard.

Menna faces a deadline of 4 p.m. Monday to file a petition for a spot on the primary ballot.