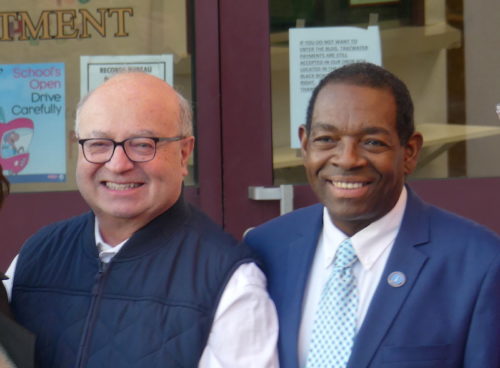 Menna’s decision, and the absence of other contenders, clears a path for Councilman Michael Ballard to secure the Democratic party nomination without resistance by the incumbent in the June primary election.

After the 4 p.m. deadline filing Monday, Menna told redbankgreen he had not submitted a petition with the borough clerk to vie for the nomination after the local party, headed by Councilman Ed Zipprich, “dumped” him and endorsed Ballard a month ago.

Though he is confident he would win the primary, Menna said winning would be “futile,” because he would not be able to advance any agenda while being frozen out by what he called “the Zip quartet” – council members Zipprich, Ballard, Jacqueline Sturdivant and Angela Mirandi.

“They run the show now, and will continue to for a period of time,” he said. “They have their hand-set agenda, and it would be futile to try to effectuate anything.”

“Right now I am completely ignored in their deliberative process. I don’t get communications, I have no say in policy, or appointments,” he said. “I would be a glorified usher who turns the lights on and off.”

He’s been “blessed” for 16 years, he said, “but it’s their show now. Figureheads have worked under both Republican and Democratic administrations because of working together.” The Zipprich team, he said  “doesn’t seem capable of functioning in a collegiate fashion.”

Zipprich and Ballard did not immediately respond to a redbankgreen request for comment.

After 18 years on the borough council, Menna was elected to succeed Ed McKenna as mayor in 2006.

Menna has endorsed nonpartisan election as part of the Charter Study Commission’s ongoing review of the form of government.