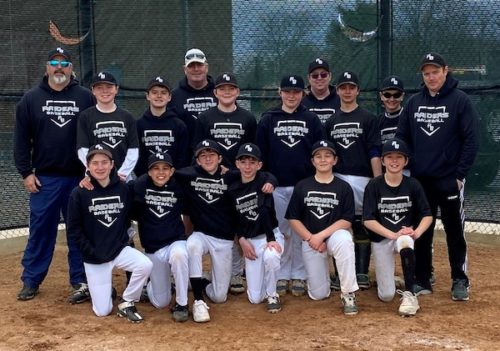 Hoping to continue the legacy of Red Bank baseball excellence demonstrated by
last year’s 16-Under USABL championship team, the Red Bank Raiders are fielding two 13-Under teams (Black and Silver) to compete in the USABL Spring 2022 season.

As both teams are expected to face some stiff competition this year, the players have been putting in the hard work of practicing the last three months, starting with indoor hitting over the winter and on-field preparations through a chilly and soggy early Spring.

With rosters and coaches made up of mostly Red Bank residents and/or students, both teams will be playing their home games at Count Basie Park. They will be easily spotted by their black and silver hoodies and baseball uniforms as they hope to garner the support and pride of the Red Bank community.