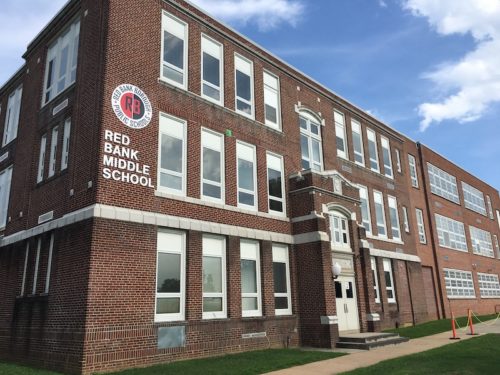 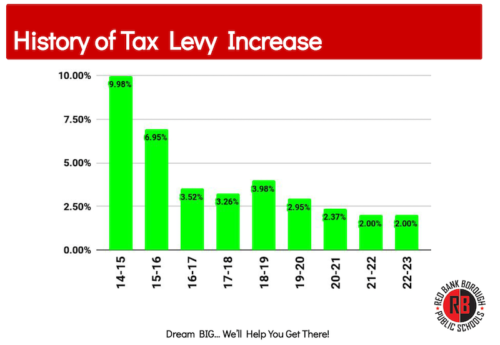 The budget includes a $1.61 million increase in retained state aid, after passing through $2.63 million to the autonomous Red Bank Charter School.

Still, the state’s funding this year is $4.4 million below “adequacy” as set by the Department of Education’s own formula, Rumage said. That extends a series of shortfalls over the past decade that has put Red Bank schools $44.1 million behind where they should be, he said.

“We stretch every penny as far as we can,” said board member and finance committee chair Sue Viscomi.

The budget maintains all existing programs, Rumage said. It also allows for hiring four additional staffers, including a counselor needed to help students, whom he said are stressed by “isolation, depression, anger, the threat of homelessness or relocation their families have confronted during the pandemic.”

Rumage, hired as superintendent in 2014, said the plan was “the by-product of eight years of creativity and planning, eight years of Dreaming BIG, eight years of striving to be the best school district in America, and 8 years of adapting, evolving and improving to best serve the students, families and community of Red Bank. And while it has been a great eight years… the best is yet to come.”

A referendum that passed by a 2-to-1 voter margin in 2019 helped, enabling the district to undertake capital projects at pre-pandemic interest rates and prices. “And we did the right thing by keeping it tax neutral,” so that debt service remained level, Rumage told redbankgreen.

Neither of the two people in the audience, both district employees, commented during the public session.

Total enrollment is forecasted to dip below 1,300, a decline of about 53 students, in the coming school year.