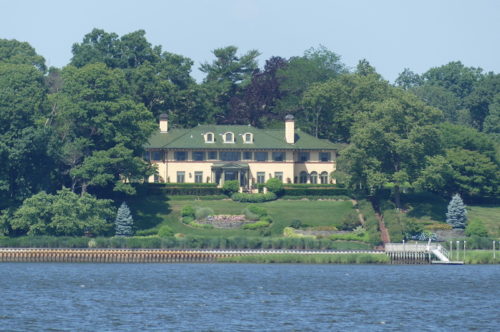 Phil Murphy’s mansion on the Navesink River, as seen in June, 2021. (Photo by John T. Ward. Click to enlarge)

President Joe Biden is scheduled to visit the Red Bank area Thursday with a stop at the Middletown home of New Jersey Governor Phil Murphy, according to NJ Advance Media. 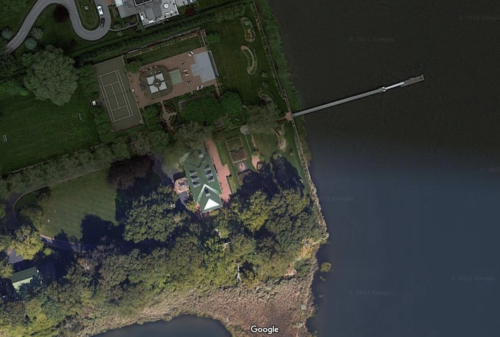 First reported Saturday by Politico New Jersey, the occasion is a fundraiser to aid midterm candidates through the Democratic National Committee’s Grassroots Victory Fund, according to Politico and NJ Advance Media.

The Murphy’s Navesink River mansion, on Blossom Cove Road, has been visited by prominent Democrats before.

In 2006, the Murphys hosted former Vice President Al Gore for dinner following a reception at the nearby home of pop star Jon Bon Jovi. The twin events raised money for for 180 Turning Lives Around, a non-profit that provides support services to victims of domestic violence and sexual assault.

Two years later, Murphy, as the DNC’s finance chairman, teamed up with Bon Jovi again, hosting a two-stop, $2,300-per-head fundraiser for then-Senator Barack Obama during his first presidential campaign. That event raised $4.1 million, according to reports.

After his election, Obama named Murphy to serve as ambassador to Germany.

The Murphys bought the 6.2-acre property in 1998 for for $5.95 million. It was most recently assessed at $9.52 million, according to Monmouth County records.

Though Murphy has denied he plans to to mount a presidential campaign of his own if Biden does not seek re-election, he is viewed as a potential contender.