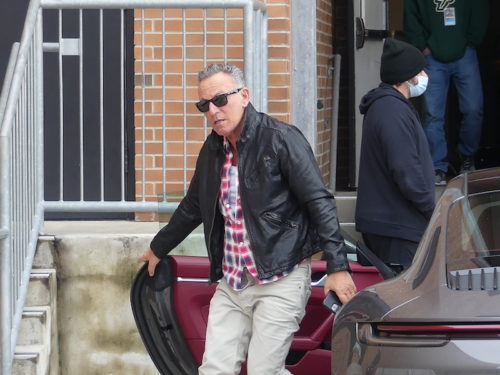 Bruce Springsteen arriving at the Count Basie Center for the Arts in Red Bank Friday. 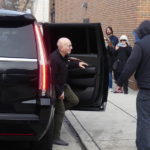 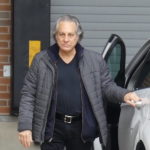 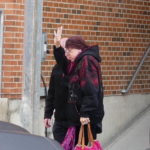 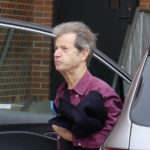 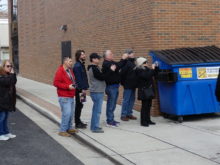 Springsteen and the E Street Band have been rehearsing at the Basie’s Vogel Theater this week in preparation for a world tour that begins in Tampa, Florida, February 1. (The only scheduled New Jersey stop is on April 14 in Newark.)

About 18 fans positioned themselves on either side of Pearl Street to watch band members arrive, snap photos, and hope for a chat with their idols.

Among them was Karl Keller, a 54-year-old Toms River resident who used his day off from work to check out the scene.

“I just feel like I’ve always had a connection with him,” “Just to get a glimpse of probably the greatest musician I’ve ever known is big enough for me to travel 35 minutes here.”

Soon after Springsteen arrived, some fans pressed their ears against the theater’s fire doors, hoping to make out songs from the muffled sounds inside.