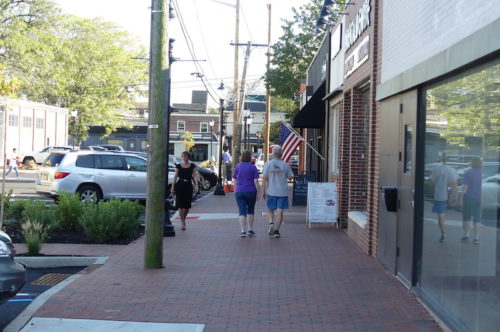 Except for a few punchlist items, a four-month, $1.53 million streetscape project in downtown Red Bank is now completed, according to business promotion agency Red Bank RiverCenter. 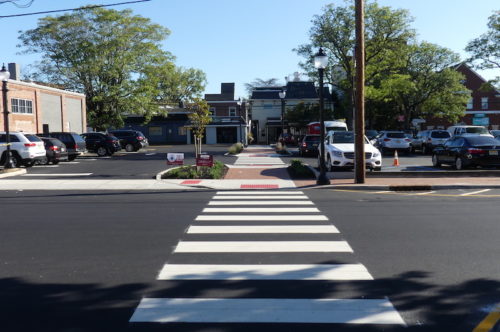 A new crosswalk and path through the White Street lot links Monmouth Street to West Front Street. Below, the reconfigured parking lot can double as special events space. (Photos by John T. Ward. Click to enlarge.)

Funded in part by a $500,000 zero-interest loan to RiverCenter by the New Jersey Department of Community Affairs, the makeover realigned parking spaces in the English Plaza lot, creating 10 additional spots.

With some modifications at the eastern end of the White Street municipal parking lot, the makeover also created a new red-brick pedestrian path linking Riverside Gardens Park on West Front Street with Monmouth Street, via the mews alongside the Dublin House Pub.

Under the plan, a portion of the English Plaza lot may be used for small events, such weekend farm markets. No programming has yet been scheduled, said Scavone.