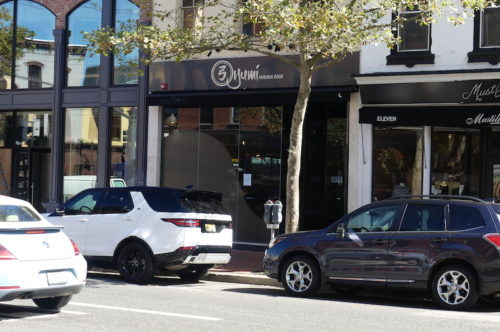 Yumi, at 9 Broad Street, hopes to replicate the success it’s had in Sea Bright. (Photo by John T. Ward. Click to enlarge)

Foodies have two new dining-out options in downtown Red Bank, with the openings last week of taco and sushi restaurants.

Read all about them in this quick-read edition of redbankgreen‘s Retail Churn. 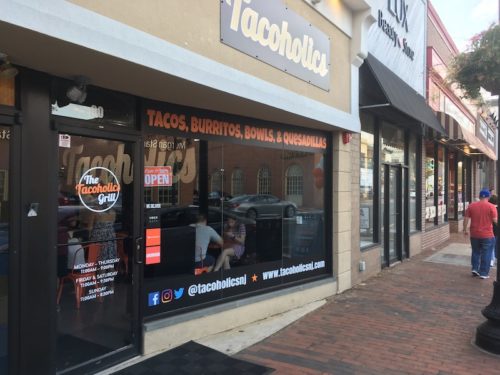 • Yumi, with a 14-year presence on Ocean Avenue in Sea Bright, now has a sibling restaurant at 9 Broad Street.

The business takes over the space last occupied by Catch, a seafood restaurant that relocated down the block to 19 Broad and rebranded itself as Catch 19 two years ago. In the process, it got access to a liquor license used by the prior tenant, the nightclub Gotham.

• Tacoholics opened Saturday at 90 Broad Street, in a space vacated by Sempre Cannoli.

But while the dessert business operated as takeout-only, Tacholics planned to use much of the 2,100 square feet as a 27-seat restaurant, its owners told the planning board in January. It operates from 11 a.m. to 9:30 p.m.

Offering a menu of tacos, bowls and burritos that include ingredients such as coconut shrimp and fried avocado, the restaurant is the third brick-and-mortar operation arising out of a food truck started four years ago by three friends from Brick Township. The other two are in Brick and Manasquan.

The food truck, meanwhile, still rolls, and was doing business at Sunday’s Oysterfest.