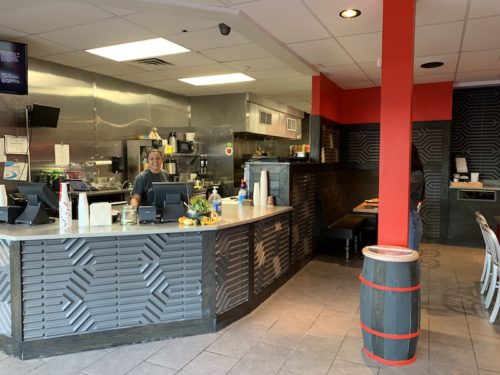 A Red Bank restaurant has reopened with all-new branding after a four-month interval, while two others have closed in recent days.

Read all about them in this edition of redbankgreen‘s Retail Churn. 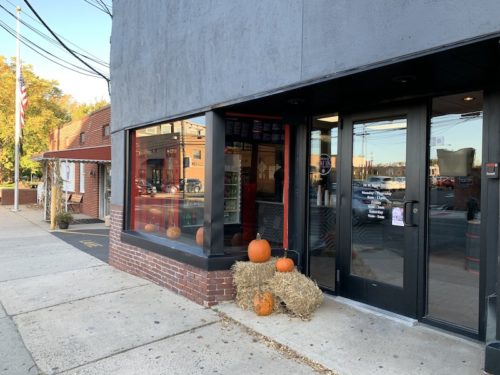 Paradiddle Griddle is located next door to the Elks Club on West Front Street. Below, the papered-over windows at Chowda House on Bridge Avenue. (Photos by Trish Russoniello. Click to enlarge) 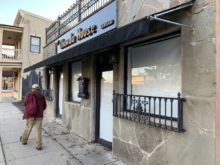 The new name comes from percussion: a paradiddle is foundational rhythm taught to new drummers, and Batista, who’s into drumming, suggested it as a way to convey the new eatery’s “rudimentary” approach to the food, Cortes said.

• Once again, 128 Broad Street has seen a restaurant come and go, with the closing of Café Loret.

Chef Dennis Foy, owner of the highly regarded d’floret restaurant in Lambertville, opened the restaurant in August, 2018, at the corner of Peters Place.

Sicilia Café had the space, at the corner of Peters Place, for five years, closing in December, 2015, just six months after computer salesman Mark Arabajis bought the restaurant from the founding Sorriso family.

• Chowda House, a seafood restaurant at 78, Bridge Avenue, opposite the borough train station, has closed.

Owner Mary Jennings tells Churn that she’s getting the property, and abutting properties she owns, ready for sale. She opened the restaurant in 2013.