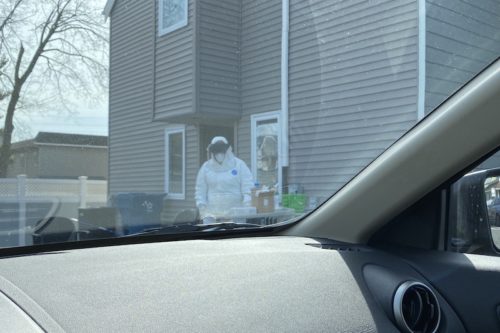 The view through a patient’s windshield outside Integrated Medicine Alliance in Red Bank Wednesday. (Reader photo. Click to enlarge.)

Governor Phil Murphy said at a press briefing in Trenton that the number of cases rose to 742, up from 427 Wednesday, including 11 additional cases in Monmouth County, which had 43. 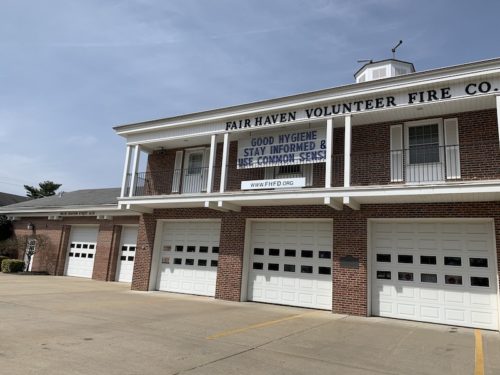 A sign of the times at the Fair Haven firehouse on River Road. (Photo by Trish Russoniello. Click to enlarge.)

Specifics about the new Monmouth County cases were not immediately available. The figure was posted on the New Jersey Health Department COVID-19 dashboard, reflecting an update from Wednesday’s 32.

Nine state residents are now known to have died from the virus, officials said. One of the additional four deaths reported Thursday was in Monmouth County, officials said.

The age range of people with confirmed cases is 3 years old to 95, the state reported.

Among those who have tested positive Red Bank Business Administrator Ziad Shehady, a Union County resident who disclosed his test results Thursday and compared his ailments to those of a common cold.