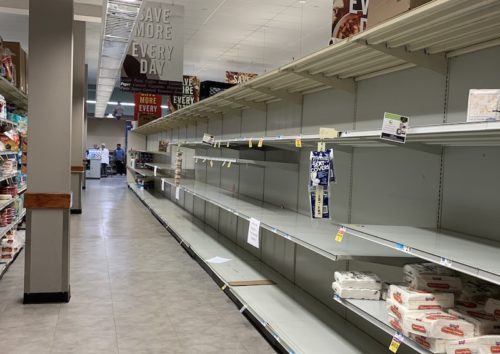 Here’s a quick look at some impacts of the COVID-19 pandemic on local programming on the Greater Red Bank Green.

This list is far from comprehensive and does not include school schedule changes previously reported by redbankgreen. 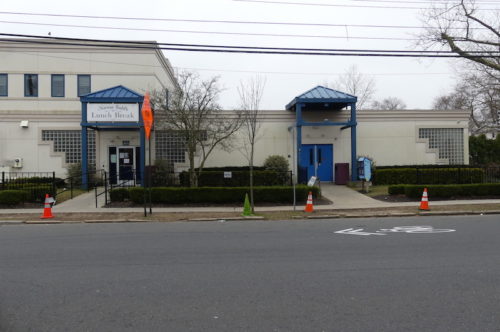 • The Count Basie Center for the Arts is “working with artists to postpone a number of upcoming shows.”

First was Thursday night’s Nate Bargatze performance, which will be reschedule for another date at which all tickets will be honored, the theater said on its website.

Friday night’s “Runnin’ Down A Dream: A Tribute To Tom Petty” starring Bobby Bandiera, has been rescheduled to Friday, May 29.

As for other scheduled shows, “our hope is to announce new dates as quickly as possible, so that customers who were looking forward to these shows can plan accordingly,” the announcement said. “We expect an influx of calls related to these changes. Please bear with us as we work to communicate with all affected customers.”

• Among a growing number of small events that have been canceled is the 31st Annual Men’s Community Breakfast at Pilgrim Baptist Church, scheduled for Saturday. No new date has been announced.

• Lunch Break in Red Bank announced that beginning Monday, and continuing through March 31, it will distribute all meals on a “to-go” basis at the front door, rather than have them consumed onsite.

The nonprofit, based on Drs. James Parker Boulevard, has temporarily suspended some social services, such as its Life Skills program and Clara’s Closet. It is also not accepting clothing, prom wear and other non-food donations.

But Lunch Break is still accepting donations of nonperishable food, and of course, monetary contributions, at the rear door.

The shutdown, which affects all B&GC facilities, will continue through Friday, the organization said on its website.

The club is one of the sites to which Red Bank Regional High is directing students who don’t have home internet service to continue their classwork during the school’s indefinite shutdown,

While borough hall remains fully staffed and open, “I am asking Borough residents to please avoid coming into Borough Hall, whenever possible,” he said.

• The Fair Haven Public Library will be closed “for at least the next three days,” borough Administrator Theresa Casagrande said in an announcement Thursday.

“I am doing so for the health and safety of both our residents and the employees who work in Borough Hall,” she wrote.

“We will be trying to stream some of our programs on Facebook Live,” she tweeted.

• Little Silver has closed its borough offices to the public and a stepped-up cleaning procedure has been implemented.

“Borough offices will be responsive to resident needs through phone and online communications,” a posting on the town website says.

• Little Silver’s library is closed to the public, though staff “will continue to work and conduct library business via phone, email and regular mail,” it said in a Tweet.

All library programs are canceled until further notice.

Under new procedures beginning Friday, visitors to the Red Bank hospital and others owned by HMH will be required to submit to a temperature screening and provide their contact information in the event that tracing becomes necessary.

• HMH also said it was using a newly developed COVID-19 test that collapses the wait time for results down to hours, from days.

HMH’s Center for Discovery and Innovation created the test, and obtained preliminary Emergency Use Authorization from the federal Food and Drug Administration Thursday, the organization announced.

But patients “cannot simply request the test if they believe they have been exposed to the virus or are experiencing respiratory symptoms,” Hackensack Meridian said in a statement. “Patients should first consult with their primary care physician to determine if they are a candidate for testing.”

NorthJersey.com has a detailed article on the test.