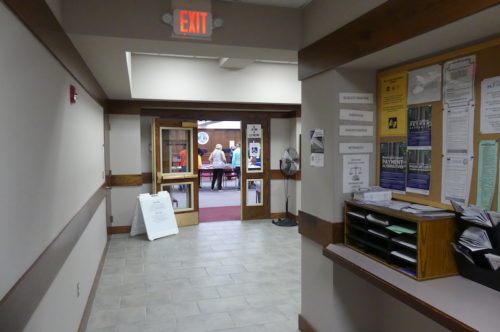 Running unopposed, Red Bank Democrats Ed Zipprich and Michael Ballard were on an unimpeded path to re-election to borough council Tuesday amid a pandemic that depressed in-person turnout. 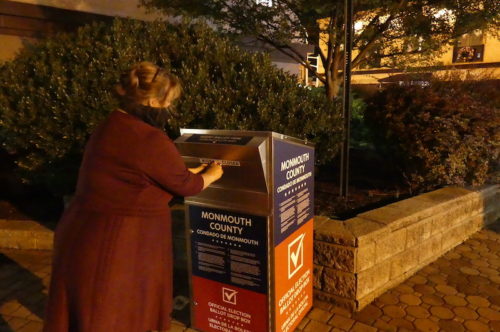 Zipprich, of River Road, was headed to his fifth three-year term, and Ballard, of East Bergen Place, to his second. Shortly after 9:20 p.m., the Monmouth County Clerk’s website showed Ballard with 1,948 votes and Zipprich with 1,945. Sixty-five write-in votes were cast.

As of Monday, the borough had 7,588 registered voters. The total number of ballots cast was not expected to be known for several days.

Borough voting for president and other offices and questions on the ballot was not available. But as of 9:40 p.m., 55.2 percent of Monmouth County votes counted went with former Vice President Joe Biden, compared to 43.3 for President Donald Trump.

At 8 p.m., borough Clerk Pam Borghi locked the mailbox-like receptacle outside borough hall, where voters had dropped off ballots over the past month, some just minutes earlier.

With state and Monmouth County officials encouraging mail-in voting to limit the spread of COVID-19, poll workers said turnout for in-person voting was light over the course of the 14-hour day in the council chamber, the town’s only voting location.

Poll workers said 182 borough residents cast in-person ballots. One used a device reserved for people with disabilities; the rest cast provisional ballots, which will be counted by the Monmouth County Board of Elections “after the mail-in ballot count is completed,” county Clerk Christine Hanlon said in a statement this week.

Twitter
Posted on November 3, 2020 at 9:46 pm, filed under Featured, Government, Parking, Politics, RED BANK, Taxes and tagged 2020, council, ed zipprich, election, michael ballard, nj, Parking, Q&A, red bank, Taxes. Bookmark the permalink. Follow any comments here with the RSS feed for this post. Trackbacks are closed, but you can post a comment. Email this story.
PREVIOUS: RED BANK: NONPARTISAN ELECTIONS? NOT YET NEXT: LITTLE SILVER: RACE TOO CLOSE TO CALL