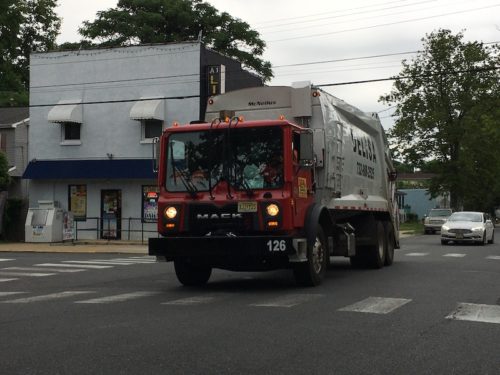 Facing large increases in debt financing and trash costs, Red Bank officials dodged a tax rate increase thanks in part to a surplus from 2020, they said Tuesday night.

At a 45-minute information session by the borough finance committee, held via Zoom, Councilman Hazim Yassin called the outcome “phenomenal.”

Under the $24 million budget up for final adoption Thursday night, property owners will see no increase in the local tax rate of $.617 per $100 assessed valuation.

The rate does not including levies by Monmouth County, the borough and regional high school districts and the borough library.

The budget utilizes $3.5 million of surplus from 2020, according to acting business administrator and police Chief Darren McConnell

“To start off with, we had an over-$2.5 million loss of revenue coming into this budget” due to the pandemic, said McConnell. The surplus, he said, “is a benefit from some very conservative spending and some very wise decisions previously made by our administration, by our council and by” chief financial officer Peter O’Reilly, McConnell said.

“A lot of times it’s looked at a sort of negative to have those rainy-day funds, but this is what they’re for,” he said. “Had we not had that, this would have been a very different story for this budget.”

Among the big increases in expenses: $319,000 more for debt service, and $318,000 more for trash removal and tipping fees at the Monmouth County Reclamation Center. In December, the council approved a three-year, $4.56 million contract with DeLisa Demolition of Tinton Falls firm for trash, recycling and bulk waste haulage.

The borough expects to receive two annual payments of $1.18 million each to make up for pandemic-related losses under the American Recovery Act, said McConnell. By law, the funds cannot be used to reduce taxes.

Yassin, who chairs the finance committee, said the budget produced “probably the first zero-percent increase in over a decade.”

In 2015, then-councilman and finance committee chairman Mike DuPont reported a zero increase in the municipal tax. At the time, DuPont said it was “the first time in history that I’m aware of” that the rate hadn’t risen.

Here’s the full spending plan, and here’s the user-friendly version. Because of a late budget amendment, the council will hold a special session at 6:30 p.m. Thursday solely to consider the amendment and adopt the budget.