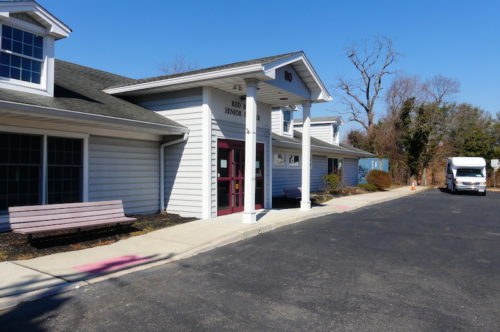 Accommodating that expense into the municipal budget will require a budget amendment and special meeting of the council. But they won’t slow the repair efforts, said acting Business Administrator Darren McConnell.

Turning concept plans approved by the council in April into construction documents will enable the borough to put the center’s repair and remodeling out to bid, McConnell said.

The plans, to be prepared by DMR Architects, are to include specs for the fire suppression and heating-and-cooling systems, as well as “any modifications that were recommended” by the Redevelopment Agency and accepted by the council he said.

In response to questions from Councilman Michael Ballard about public input into the plans, Mayor Pasquale Menna said that would occur when the plans are presented to the council for review before the bid request is issued, “so we actually have something positive to look at.”

“It seems we’re doing it backwards,” said Ballard. “We should ask what the public and the senior citizens want to see there, then DMR can do the planning, and then we could move forward.”

Because of an “oversight,” the cost of those drawings had not been incorporated into the 2021 budget, which had been scheduled for adoption Wednesday, said McConnell.

A bond that funded the Redevelopment Agency with $300,000 in 2018 could not be used to fund the construction drawings without amending the bond, said borough Attorney Greg Cannon, responding to questions from Councilman Ed Zipprich. That would take several months, McConnell said.

“Soft-cost” expenses from two other bonds could be applied to the project, but there wasn’t enough funding in them to cover this project, McConnell said.

“I guess I’m just befuddled as to why we don’t have enough funds,” said Zipprich, adding that the change appeared to be slowing down the repair process.

McConnell, though, said the drawings are in the works, and “there’s been no pause button hit at all.”

“This is the fastest way to getting to fixing the building,” said Cannon.

The center’s repairs have been estimated to cost $1.6 million.

The 2021 budget, which is to raise $14.64 million from borough taxpayers, calls for no tax increase. Here’s the full spending plan, and here’s the user-friendly short version.

A public presentation on the budget will be held by the committee and administration Tuesday, July 27, at 6 p.m. via Zoom, according to the borough website. Councilman Hazim Yassin, who chairs the finance committee, said he had held off on scheduling the session until the amendment could be introduced.

Two nights later, on Thursday at 6:30, the council will hold a special session, also via Zoom. According to Clerk Pam Borghi, the purpose of the meeting is to hold a public hearing and vote on the amendment, “and then a public hearing on the budget and a vote to adopt.  No other business will be discussed.”