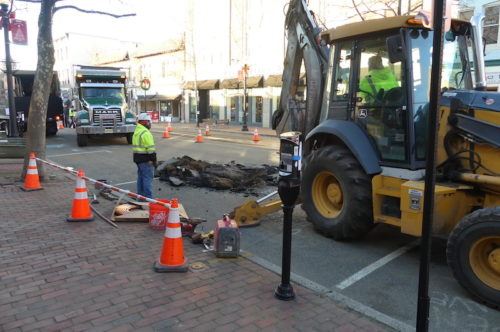 Two days after construction of a new sanitary sewer line in downtown Red Bank was suspended through the Christmas weekend, a work crew was back to repair a water leak Thursday morning. 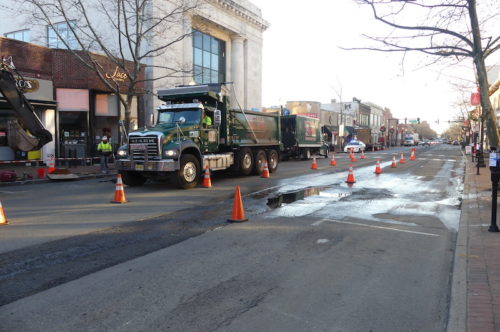 As of 8 a.m., a crew from Montana Construction was beginning to dig into Broad between White Street and Wallace Street. Vehicular traffic was was slowed, but still being allowed through the area in both directions.

Water had collected in front of the Restoration Hardware store, but was not iced over, despite temperatures below 32 degrees.

Acting borough Business Administrator Darren McConnell told redbankgreen a minor leak was noticed Wednesday, and “should only take a few hours to repair.”

The the $2.9 million project has been slowed by the discovery of dozens of leaking supply lines between the water main and commercial properties, prompting a dispute over who should pay to replace them.