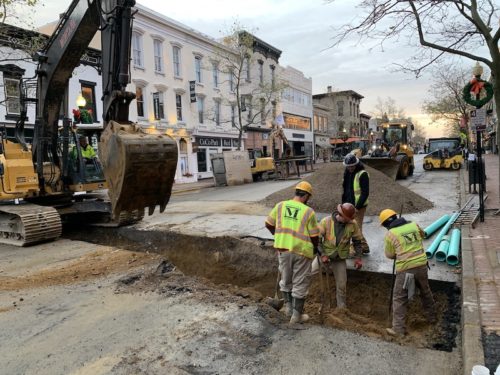 Property owners in downtown Red Bank pushed back Wednesday night on the notion that they should pay thousands of dollars each to replace their water service lines.

Addressing the borough council on their behalf, Red Bank RiverCenter Executive Director Glenn Carter invoked the adage, “you broke it, you fix it.” 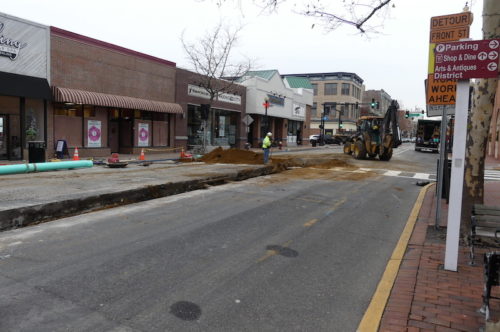 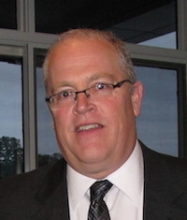 What’s “broken,” or in deteriorated condition, are an estimated 65 to 100 laterals, or water lines serving individual properties along Broad Street from the main feeder. The average replacement cost was recently estimated at $5,000 to $7,000.

Prior to the start of work, property owners had been advised to replace the lines at their own expense while work trenches were open, said acting borough administrator and police Chief Darren McConnell. But none made plans to do so, he said.

Well, one did said Carter. But others did not because there was no reason to believe the lines were failing, said Carter. The main and laterals were believed to have been replaced in the 1980s or 1990s, which is “relatively new,” he said, and “there were no known issues” with leakage.

The problems, including the imminent failure of galvanized steel laterals, came to light with the digging, Carter, a former borough planning director, told the council via Zoom.

“In fact, the water main and the services were shown to be quite old,” he said, and the “the leakages started when construction was going on.”

Carter said it may never be known if the leaks began before or as a result of the disruption of digging, but “all we know is no one had seen any issues before construction got underway.”

RiverCenter, the special improvement district manager whose board membership consists of landlords, business owners and residents, prefers to see the water main and all laterals replaced now, Carter said.

“We realize that will extend the project timeline and the project cost,” he said, “but just feel it makes no sense to do three quarters or two thirds, or 80 or 90 percent of underground infrastructure and not do 100 percent. You’re simply setting yourself up to have to dig the road up again in the near future.”

And it should be done at the borough’s expense, he said, citing borough policy of replacing laterals when mains are replaced.

Even if the existing main is kept, the borough should pay for new laterals, he said.

Later, the council went behind closed doors to discuss the issue, among others. The public session resumed afterward with no immediate word of what had been discussed or decided regarding the water lines.

The underground infrastructure portion of the $2.69 million project had been expected to wrap up this month, followed by a 90-day period to allow the ground to settle in advance of repaving and a streetscape makeover in the spring.