The New Jersey Supreme Court on Wednesday upheld the conviction of Anthony Sims, who was found guilty in the 2014 shooting of a man seated in a car parked in Red Bank.

The 3-2 decision reversed an appellate decision of January, 2021 that found Sims had been wrongly convicted in part based on statements he gave to detectives without having been told why he was under arrest. 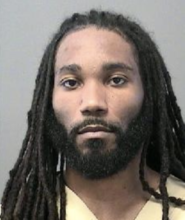 Sims, a former Red Bank resident (seen at right in a New Jersey Department of Corrections photo from 2019), was convicted in August, 2017, of shooting Perry Veney as he sat behind the wheel of a car parked in his grandmother’s driveway at 13 Willow Street three years earlier.

Sims previously did time for shooting two brothers in the borough 2007, and was out of prison for just two months before he was charged in the Veney attack.