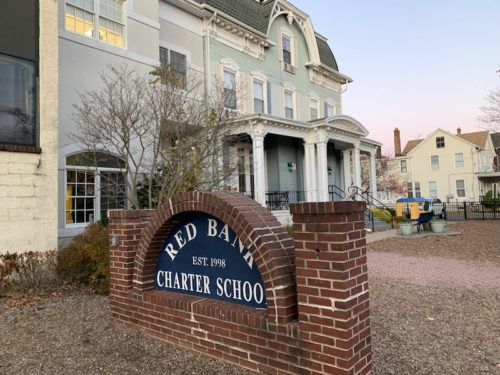 The Red Bank Charter School was one of 50 schools nationwide named as a ‘School of Character’ for 2022 by character.org.

From a press release:

Character.org, a national advocate and leader for character development in schools and communities, today certified 50 schools and 2 school districts as National Schools and Districts of Character.

“We are pleased to announce and celebrate the schools and school districts that have earned this national recognition,” said Dr. Arthur Schwartz, President of Character.org. “Each of these schools has put in place a comprehensive approach to help students understand, care about, and consistently practice the character strengths that will help them flourish in school, in relationships, in the workplace, and as citizens.”

Since its inception, the National Schools of Character program has impacted over three million students, staff, parents, and community members. The schools and districts that apply must meet the rigorous standards articulated in Character.org’s 11 Principles Framework for Schools. Each school is assessed by a team of trained evaluators.

“There is an ethic of care at these schools,” adds Lori Soifer, who directs the Schools of
Character program. “Working together with students, parents and community members, these
schools are creating stronger communities focused on character.”

Character.org will honor the 2022 National Schools and Districts of Character at its next
International Forum, to be held virtually, October 19-20, 2022.

Posted on May 17, 2022 at 10:58 am, filed under All Good, Children & Teens, Education, RED BANK, Schools and tagged character, CHARTER SCHOOL, exclude, nj, red bank. Bookmark the permalink. Follow any comments here with the RSS feed for this post. Trackbacks are closed, but you can post a comment. Email this story.
PREVIOUS: RED BANK: FORTUNE TO HONOR PARKERS NEXT: RED BANK: ELECTED OFFICIALS QUIZZED
redbankgreen.com