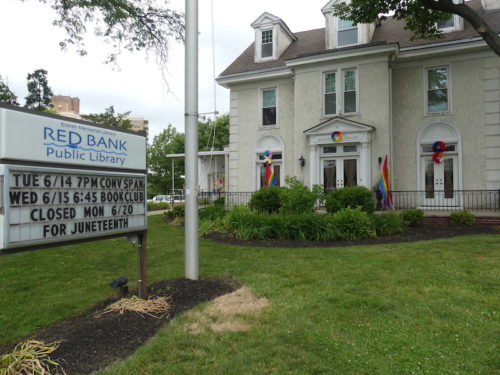 One library visitor told redbankgreen the protestors called her a “baby killer” because she was wearing a Planned Parenthood t-shirt.

Police were on hand to “to make sure there were no issues as a precaution,” said Chief Darren McConnell. The event, part of the library’s Pride month programming, was held in the children’s room without disturbance, Glykis said.

According to the Drag Queen Story Hour website, the event “captures the imagination and play of the gender fluidity of childhood and gives kids glamorous, positive, and unabashedly queer role models. In spaces like this, kids are able to see people who defy rigid gender restrictions and imagine a world where people can present as they wish, where dress up is real.”