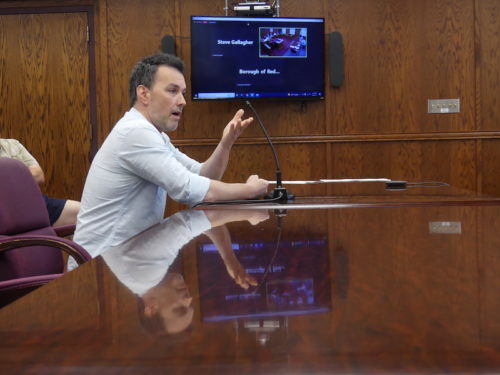 The Red Bank council voted Wednesday to boost the fees charged to restaurants to maintain tables in parking spaces converted to streateries.

The action followed claims by two business owners that the hike was onerous. 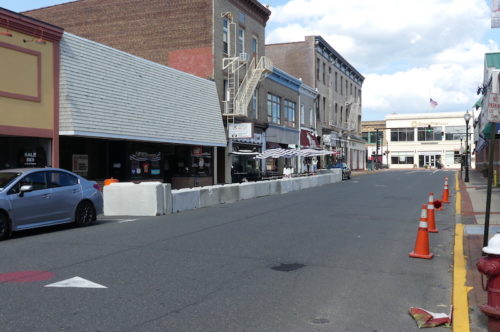 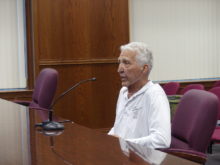 Red Tank Brewing owner John Arcara told the council that the change, to a $20-per day/spot rate, would boost his expenses for three curbside spaces on Monmouth Street to $5,400 for 90 days.

Last year, he said, he paid $894, plus $150 when the council extended the street dining season by a month.

“That’s a massive price hike,” Arcara said. “I don’t even know if it would be worth doing,” he said.

Danny Murphy, who sold Danny’s Steakhouse last week after 53 years of operation, said the Bridge Avenue eatery, like many others, is not drawing the number of customers it saw in the early days of street dining, when indoor tables were largely off-limits because of COVID-19 restrictions.

“The fee has got to be a lot less,” said Murphy, who’s now working as a consultant to his restaurant’s new owners. “Fifty-four-hundred dollars for me is a no-brainer. The answer is ‘no.'”

The fee would apply to businesses utilizing street spots to display wares or serve diners on Broad Street south of White Street; on Mechanic, White, Wallace and Monmouth streets; and Bridge Avenue.

(Businesses in the Broadwalk no-vehicle zone pay $160 or $200 per month, depending on the presence of a liquor license, according to the schedule on the borough website.)

Councilman Michael Ballard, who lost the Democratic primary for the mayoral nomination on Tuesday, said the hike was justified on the basis of revenue lost by not using the spaces for vehicle parking.

A fee increase might be justified, but a vote for one that made the spots unaffordable to merchants would in essence “kill the program,” she said.

Last month, Triggiano made a motion to renew the resolution that allowed streateries with no change in fees. It failed to attract a second.

At Wednesday’s session, lame-duck Mayor Pasquale Menna sought to ensure that the council took action to enable merchants to begin planning for the street spots, even if that meant revising the fee at a later date.

“We can’t wait three weeks,” Menna said. “This needs to be done yesterday.”

“All the businesses have to put in our applications, we have to draw plans, we have to get our insurance on board. This is holding us up more and more,” he told the council. “For us, the summer started May 1. Here we are, June 8, so I’m not looking to having my tables out, with beautiful umbrellas, until the last day of June, probably. It hurts.”

The vote in favor of the new fee was 4-1, with Triggiano ally Councilwoman Kathy Horgan absent for the second consecutive meeting.

Afterward, Branch Avenue resident and planning board member Barbara Boas told the council she was “appalled” that it had raised the fee so steeply. But former council member Cindy Burnham argued that restaurants can easily afford $20 per day. “That’s one meal,” she said.

Streeteries have been a huge success over the past two years, increasing the capacity at many establishments and creating a festive atmosphere which brings more people into town. We are disappointed by the decision to increase costs so significantly as this will be prohibitive to many of the businesses that would have participated again this season. RiverCenter has always been a supporter of these programs and we feel it’s important to look at the big picture and benefits they have on Red Bank as a whole.