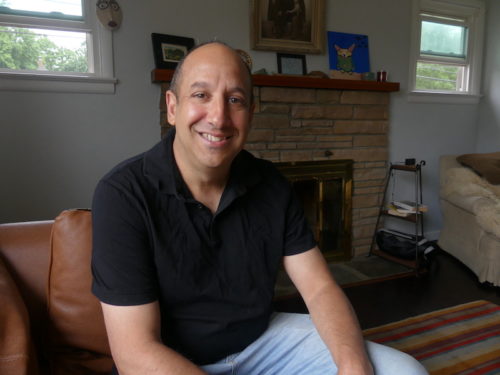 Why did Red Bank mayoral candidate Michael Ballard sign a petition for a candidate who would oppose him if he won last week’s Democratic primary?

In response, Portman mocked the allegation as “business as usual” from a “dying machine.” 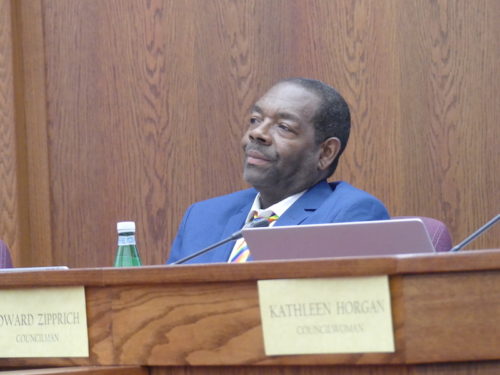 Hours before Portman pulled off Red Bank’s biggest political upset in memory with a landslide win in the primary Tuesday, Councilwoman Jacqueline Sturdivant, a Ballard ally, filed a petition to run for mayor in the November general election.

Though elected to the council last November as a Democrat, Sturdivant filed to run as an “independent” under the designation of “Red Banks Choice” [sic], according to the petition filed with the Monmouth County Clerk’s office.

Sturdivant submitted her petition on the last day that independent candidates could file to run in the general election, and hours before Portman, a political rookie, emerged with a stunning 60-percent of the primary vote.

Among the 84 signatories was second-term council member Ballard, who thus approved a challenge to his own candidacy, had he won. Also signing were incumbent Councilwoman Angela Mirandi and John Jackson, who are running for council on a ticket with Ballard.

Party chairman and Ballard council ally Ed Zipprich didn’t sign the petition, though he did notarize it. Former mayor Ed McKenna, Zipprich’s predecessor as Democratic chairman, did sign it.

Asked to explain the rationale for the move, Ballard sent redbankgreen this statement Friday night:

This was unnerving to me, as the official Democratic nominee for Mayor, given that our all-Democratic Council had recently unanimously voted to join the Red Bank Board of Education and RBBEF in opposing the Charter School renewal application in late 2021. Realizing that some deals were made between the two “supposedly” opposing school factions to support Mr. Portman, I understood the election was not going to go well for me despite my extensive experience and substantial credentials.

As a member and trusted advisor on my campaign team, Jacqueline expressed concerns of this secret deal-making to support the Charter School group’s independent democratic challenger for Mayor. Jacqueline later asked if I would sign a petition to support her as an independent candidate for Mayor in November.

I believe Red Bank’s voters should enjoy full transparency from those who seek to serve them in municipal office. Further, I believe that Red Bank voters should be fully informed, aware, and equally represented when casting their ballot. I also believe Red Bank’s next Mayor should possess vision, experience, ethics, and have a record of results, all which Jacqueline Sturdivant overwhelmingly possess, and more.

After careful consideration, and with the now exposed pact to support a Charter School group’s independent democratic challenger for Mayor, I signed my name in support of the candidacy of Jacqueline Sturdivant, Red Bank Choice for Mayor.

Ballard did not respond to questions seeking evidence and terms of the purported secret “pact,” or why his own allies would enter it.

Portman responded Saturday with this statement:

Oh boy, where do I begin…

First of all, there are several groups that Michael left out in my secret pact. First group: The Vote By Mail voters. See, what I did was, I sent a letter to all the registered voters in Red Bank, and then I encouraged them to register to vote by mail. Included in that letter was a secret document (in English and Spanish) that I downloaded off of the Borough web site that enabled the cabal members to register to vote by mail. These VBM voters overwhelmingly supported me by an unofficial margin of 228 to 153.

Second group: My friends and neighbors. This nefarious subset of voters turned out in huge numbers after I made outrageous promises to them, things like I will pet sit for them if they go away, or I will make drumsticks for the John Street block party.

Third group: The voters of every district in Red Bank (except for district 8, which I unofficially lost by 2 votes). This final group, that I will call ALL THE VOTERS OF RED BANK, showed up in huge numbers to make a statement that they were tired of the same old business as usual.

And that’s what Michael Ballard’s statement is all about. Business as usual. The last desperate acts of a dying machine that has been in control of Red Bank for far too long. Michael Ballard speaks of transparency? After the election, when I spoke to Michael’s running mates, Angela Mirandi and John Jackson, I congratulated them on their win, and told them I was looking forward to running with them on the Democratic ticket in November. They said the same to me, already knowing that they had both signed a petition to support Jacqueline Sturdivant for mayor as an independent. And if there was any “secret pact”, this was it! Jacqueline Sturdivant secretly passed around a petition. And then a group of sitting council members (Mirandi, Ballard, Sturdivant) sitting county committee members, democratic council candidates (Jackson) and pro development attorneys (Ed Mckenna) all conspired in secret to not support the duly elected Democratic nominee. Oh, and this entire petition was signed and notarized by Ed Zipprich, the current head of the Red Bank Democratic party. THIS is the stuff Red Bank voters are tired of!

When I won the primary this past Tuesday, I was completely overwhelmed by the margin of victory. I knew I was fed up with business as usual, but I had no idea just how widely my feelings were shared. But the voters of Red Bank have spoken. And I am listening. I want to put an end to this madness and division. I want us to move forward together, as a community, whether you live on the East Side or West side; whether your child goes to the Charter school or Primary school; whether you voted for me or not; whether you are a business owner or a resident, or both. We are stronger together.

As of early Monday, Sturdivant still had not responded to redbankgreen inquiries about her candidacy.

Both Ballard’s running mates, who were unopposed in the primary, weighed in via email Sunday.

Jackson, of East Bergen Place, told redbankgreen that he signed Sturdivant’s petition after becoming “acutely aware of the number of signs supporting Mr. Portman, including on my street. It became undeniable that either candidate could win.”

Asked why the winner of the Democratic primary might have to face a member of his own party in the general election, Jackson said Sturdivant “needs to be the one to answer.”

Jackson acknowledged that the voters were “loud and clear” in choosing Portman, and said he and Mirandi had reached out to Portman “to discuss his vision and plans for Red Bank. I look forward to sitting down with him. My hope is that he can help the party come together, with all voices being heard.”

“The voters spoke in support of Mr. Portman and I respect that,” Mirandi, told redbankgreen. “The Party needs to move forward and do what’s right and what’s needed for the Borough and the people. This is the only reason I decided to join Council. I look forward to working with Mr. Portman in addressing the key issues and getting things done.”

As of Monday, Portman led Ballard 762 votes to 498. The result has not yet been certified by county Clerk Christine Giordano Hanlon, pending a count of mail-in ballots.

The county’s vote tally for the so-called “county committee” that runs the local organization has not been updated since Tuesday night. But results show a reform slate led by Councilwoman Kate Triggiano winning at least 11 of the 18 seats, giving it enough votes to achieve its primary goal: ousting Zipprich as chairman.

Here are the standings as of early Thursday: Red Bank County Committee results 060922