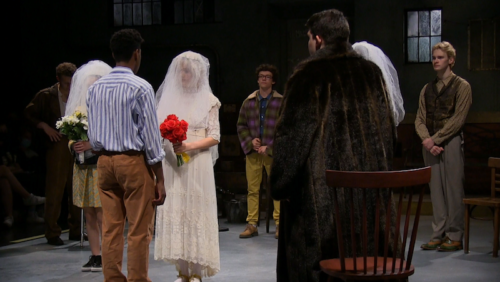 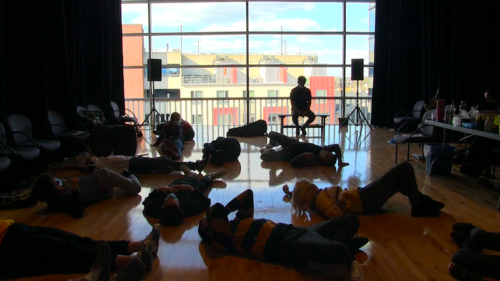 The actors in rehearsal at the Two River Theater. (Photo by Steve Rogers. Click to enlarge.)

Rogers followed the teen company and crew as they mounted ‘Much Ado About Nothing’ this spring.

“The result is a very special film about theater education and local teens learning more about themselves and their abilities by learning how to portray someone and something other than themselves and life in the 21st century,” says Rogers.

Here’s where to watch.

Posted on August 2, 2022 at 7:20 am, filed under All Good, Art, Media, RED BANK, Social media, Television, Theater and tagged here's the thing, little shakespeare, much ado about nothing, new jersey public television, nj, pbs new jersey, red bank, steve rogers. Bookmark the permalink. Follow any comments here with the RSS feed for this post. Trackbacks are closed, but you can post a comment. Email this story.
PREVIOUS: RED BANK: AUGUST MAY GET DAMP START NEXT: RED BANK: HOT AND HAZY DAYS AHEAD
redbankgreen.com