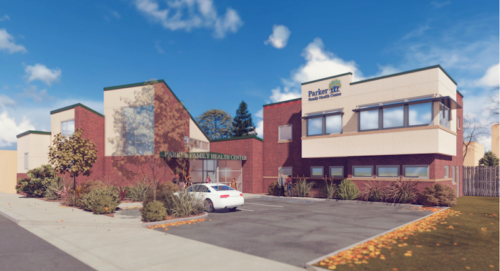 A planned addition to the Parker Family Health Center. Below, founder Dr. Eugene Cheslock. (Rendering by SOME Architects; photo by John T. Ward. Click to enlarge.) 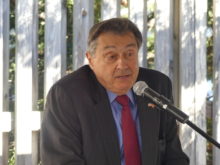 It will also provide the “summation” of a vision long held by center’s founder, he told a gathering at a groundbreaking ceremony. 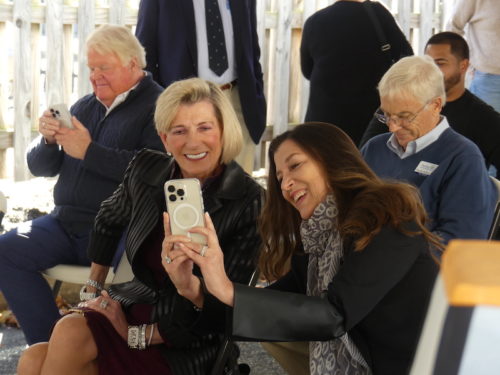 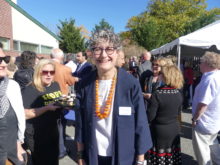 Approved by the borough zoning board in August, 2021, the two-story, 2,900-square-foot addition will provide new examination rooms, meeting space and medical equipment.

Completion of the addition, to be built on vacant space alongside the Shrewsbury Avenue facility’s existing parking lot, is expected in about one year, officials said.

That will ensure more Monmouth County residents receive healthcare that’s “free of insurance hassles, free of remuneration issues,” said Eugene Cheslock, a retired oncologist who launched the center in a construction trailer in 2000.

“Unfortunately, the need for what we do is not going away – hence, the need for this expansion,” Cheslock told a gathering of about 150.

The new facilities are expected to enable 10,000 patient visits annually, center officials said. In 2021 alone, the clinic saw a 25-percent increase in demand, to 7,400 patient visits, with some clients having to wait in line outside for vaccines because of indoor space limitations.

Jose Ramirez, a Keansburg resident and cook at Christian Brothers Academy in Lincroft, praised the caregivers, many of them medical professionals who volunteer their services.

“They provide me with the best service, and they just do it with heart, every single one of them,” Ramirez told the audience.  “They help everybody, every single person who needs help.”

A $5 million fund drive to pay for the expansion is being headed by Carol Stillwell and Peter Graham, with another longtime backer, Dorothea Bongiovi, serving as honorary chairperson. Seed funding includes a 2021 Impact 100 Jersey Coast grant of $107,500 and an American Rescue Plan grant of $500,000.