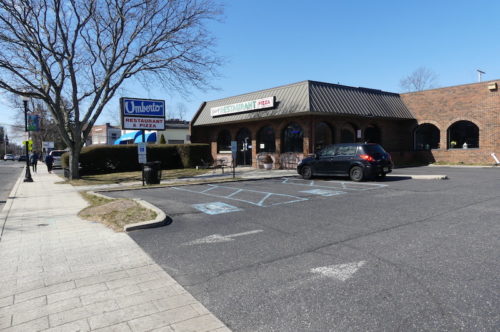 The building that’s been home to Umberto’s Pizzeria for decades will continue as a restaurant, according to a filing with the borough. (Photo by John T. Ward. Click to enlarge)

Umberto’s Pizzeria, a Fair Haven stalwart for at least 35 years, is closing at the end of the month, the restaurant announced on its Facebook page earlier this week.

No reason was given for the planned March 28 closing. MaryRose Fabbri, who along with her son, Anthony, has run the business since the death of her husband, Silvio, six years ago, declined comment Wednesday morning.

Silvio Fabbri emigrated to the United States from Italy with his brother Michele in 1976, and began working at Umberto’s In 1984, according to Silvio’s 2014 obituary. Seven years later, the brothers bought the business, it said.

Information on the future of the property, at 583 River Road, was not immediately available.

The filing indicates there will “no change” from the restaurant use.