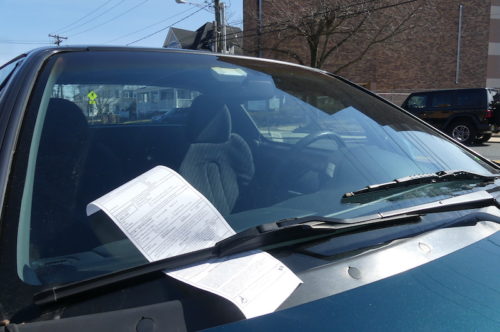 Adding four hours a day of paid parking is among the recommendations of a recent report. (Photo by John T. Ward. Click to enlarge.)

Red Bank’s elected officials are expected to take up a proposal this week to expand paid parking – and enforcement – to 10 p.m. 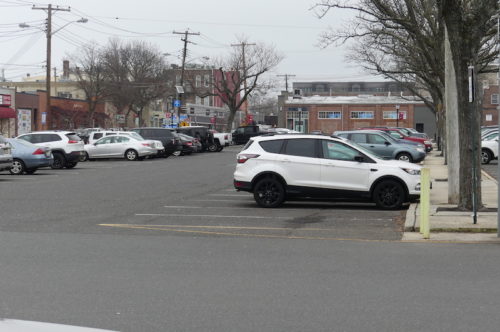 The borough is also looking at changes they say would add spaces to the  273-spot White Street lot. (Photo by John T. Ward. Click to enlarge.)

On the agenda for Wednesday night’s council workshop session is a recommendation to stretch enforcement beyond the current 6 p.m. cutoff by four hours, Monday through Saturday.

The increase in parking hours was among a raft of suggestions in a final, departing memo by Tom Calu, the borough’s former interim parking director.

Shehady said he requested the report prior to the December 31 end of the borough’s contract with Calu to use as a “guide” on how the administration might proceed in his absence.

The report addresses a series of interrelated changes to the downtown parking issue that the administration is implementing, Shehady said. Another is the purchase of new solar-powered meters to serve all 452 on-street paid  parking spaces.

The meters have been ordered and are expected to be delivered in May, Shehady said. Having a council decision on longer hour is necessary so the meters can be pre-programmed to require payments until 10 p.m., and installed along with new signage about the hours, he said.

Calu’s seven-page memo, dated January 6, can in some respects be viewed as an answer to a $52,350 parking study conducted by New York City-based Walker Consultants and released 14 months ago, though Shehady emphasized that was not its purpose.

• agrees that more space turnover is needed to provide “adequate” parking, and that enhanced enforcement is the way to produce it.

• says the parking utility, which is now run out of a “cramped, depressing and functionally inadequate” trailer office on Chestnut Street, should be “relocated to a visible, first floor storefront close to the commercial center so as to be recognized as providing a service,” Calu wrote.

As reported by redbankgreen, at its last regular session, the council agreed not to renew the lease on the borough-owned concession stand in Riverside Gardens Park.

One of the foremost recommendations of the Walker report was that a full-time parking director should “be hired immediately,” and be given authority as “the only individual charged with parking decision-making in Red Bank.”

But last August, Calu and Shehady told redbankgreen that the search to find a qualified individual for the job been “disappointing.” In his report, he rejects the idea entirely.

“Looking ahead, one must question the need for full-time, director-level attention to parking management,” Calu wrote.

Instead, Calu recommended transferring enforcement responsibility to the police department, under Chief Darren McConnell, while leaving maintenance and administrative functions under the aegis of public utilities Director Cliff Keen.

Also on the agenda for Wednesday night is a plan to designate a contractor to implement a streetscape project on White Street and a makeover of the adjoining 273-space municipal parking lot.

The administration is also planning to install new pay kiosks in that lot and others that work on pay-by-plate system, rather than a numbered-space system.