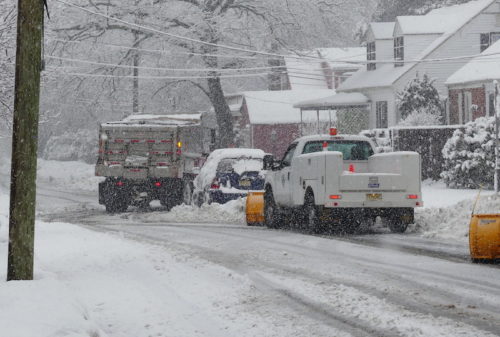 The second snowstorm of February generated half as many parking tickets as the first, Red Bank police said Monday. 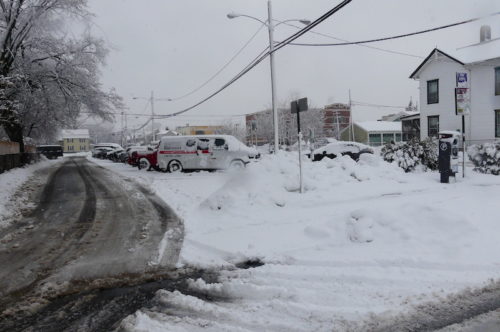 Owners of several dozen vehicles took up the borough’s offer of parking in the East Side lots. Below, plows worked without impediments on Linden Place. (Photo by John T. Ward. Click to enlarge.)

By contrast, they issued a near-record 254 during the two-day storm that ended February 2.

Audible announcements and other warnings apparently helped boost compliance with an ordinance requiring that all vehicles be removed from all borough streets during a snow emergency, McConnell said via email.

“We did PA announcements using patrol cars and achieved much better compliance,” he said. “The timing of the storm, occurring during the day on a weekend, probably helped.”

Owners of several dozen vehicles took up the borough’s offer of free parking in the East Side lots, while the Count Basie Fields lot had only six vehicles Sunday afternoon.

On a walk-around during the storm, redbankgreen saw long stretches of roadway, including Leighton Avenue, Pinckney Road and Broad Street, with few or no parked vehicles.

Among the exceptions: Bank Street, between Leighton and Tilton avenues.