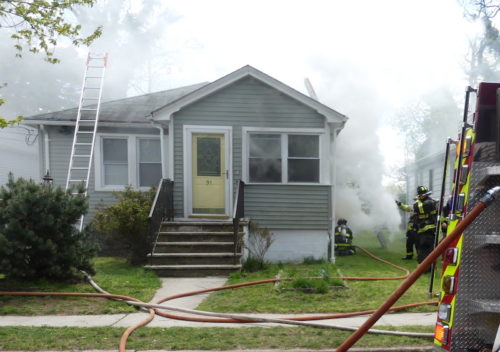 Firefighters on scene at 91 Bank Street Thursday. (Photo below by John T. Ward. Click to enlarge)

A Red Bank man and his dog escaped unharmed as a basement fire caused heavy damage to their home early Thursday afternoon. 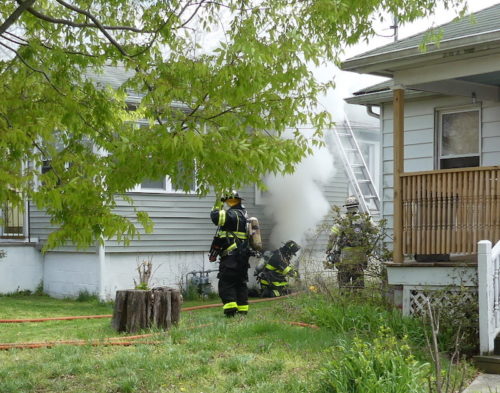 Bennett Craft told redbankgreen he had just returned home to 91 Bank Street from a shopping errand when he found the house filling with smoke.

He and his dog escaped the one-story house, near Tilton Avenue, as a fire alarm went out at 12:40 p.m.

An official account of the blaze was not immediately available, but the fire was believed to have been started by a waterbed heater improperly used with a regular mattress in a basement bedroom.

Posted on April 22, 2021 at 2:00 pm, filed under Featured, Fire, RED BANK and tagged 91 bank street, Fire, nj, red bank, waterbed heater. Bookmark the permalink. Follow any comments here with the RSS feed for this post. Trackbacks are closed, but you can post a comment. Email this story.
PREVIOUS: RED BANK: PICK-IT-UP MARKS EARTH DAY NEXT: RED BANK: FISH KILL ‘MOST SEVERE’ OF LATE