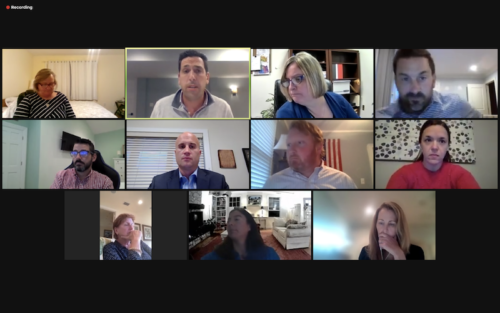 Five days into the job, Fair Haven’s new mayor forged a “compromise” Monday night in an effort to preserve funding for a road project that appeared dead a week ago. 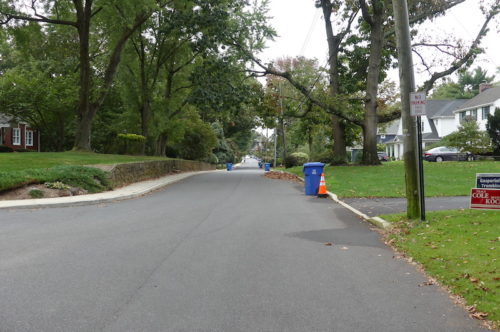 The northern end of the Hance Road would remain sidewalk-free, unlike the stretch south of Lewis Point Road, seen above. (Photo by John T. Ward. Click to enlarge.)

Halpern called for the meeting Friday, three days after he was named mayor and two days after he was sworn to office, hoping to ensure the borough does not lose its largest-ever grant from the New Jersey Department of Transportation: $350,000 toward improvements on Hance Road and Cooney Terrace.

In recent months, residents have complained that the plan, which called for the installation of curbs and sidewalks, would ruin the “country lane” character of their neighborhood, which abuts the Navesink River.

“Regardless of how we got here, if we don’t get this grant, the money goes back” to the DOT, Halpern said. “We’d effectively be taking money we could use to improve our own borough and giving it back” for reallocation elsewhere in the state.

“We’d be paying another town to improve itself,” Halpern said.

The compromise, worked out in recent days, was outlined in a memo attached to a new resolution. Under that agreement, the project would not include sidewalks. Existing curbs would be replaced, and new ones installed as needed to guide storm water into drains.

The council unanimously approved the resolution.

At its meeting last Tuesday, the majority-Democratic council unanimously approved Halpern, a Republican and political newcomer, to serve the remaining 14-months in the term of Ben Lucarelli, who resigned as mayor September 14.

But Halpern was not immediately sworn in, and sat in the audience as the council deadlocked, 3-3, on different resolution that would have put the project out to bid, a needed step to ensure the award of construction by a DOT deadline of November 21.

Without a sworn mayor to break the tie – the only circumstance under which the mayor votes, under the borough form of government – the deadlock meant the measure failed, said borough Attorney Greg Cannon.

A motion to reconsider the resolution also failed on a 3-3 vote.

Halpern was sworn to office Wednesday, according to Administrator Theresa Casagrande.