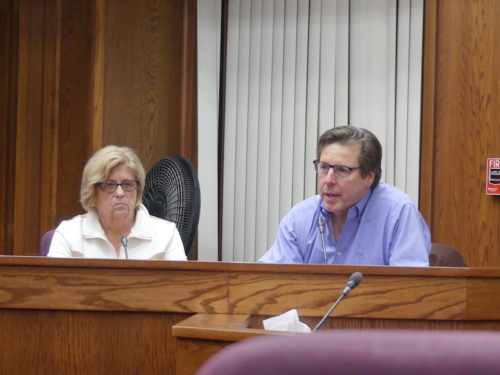 A longtime member of Red Bank’s Historic Preservation Commission has quit, slamming what she called the “authoritarianism” of its new chairman. 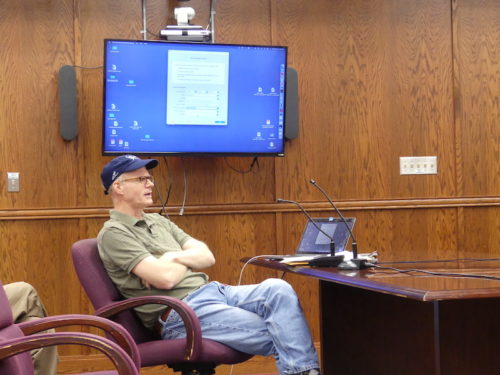 In a December 12 letter of resignation to Mayor Pasquale Menna, Boas wrote:

In the past, my experience on the Commission has been one of a cooperative, collegial group of citizens working for the betterment of our jewel of a town. Sadly, this is no longer the case. There is an atmosphere of negativism and authoritarianism fueled by certain members, which I find detrimental to the purposes of the Commission. I believe citizens who come before the Commission have had similar experiences.

In an interview before the meeting, Boas, who also serves on the planning board, confirmed to redbankgreen that the comments were about Fabricant.

“It’s one person’s way or not at all,” she said. “There have been several instances over the past six months where the commission has been coerced and chastised for not following the direction of the chairman.”

During the meeting, Fabricant thanked Boas for her service. Afterward, he told redbankgreen: “I think that we’ve always tried to have meetings where every member has a chance to make a comment. Everyone has a right on the commission that’s equal.”

He declined to respond further.

Fabricant succeeded Michaela Ferrigine as HPC head after she stepped down at the beginning of the year. Increasingly, Boas and Fabricant have butted heads over matters of historicity and commission business.

When Sally Boy’s, a soon-to-open pizzeria at the corner of Broad and East Front streets, went before the board with remodeling plans earlier this year, Fabricant argued at length that the building was a significant example of Art Deco design.

Boas disputed the claim. “It was never an Art Deco building,” she said. “I’ve lived in this town 77 years, and it was never a building of any interest to anyone.”

Boas told redbankgreen she believes that under Fabricant, homeowners in the Washington Street historic district are too often held to unrealistic expectations when they apply to make changes.

“Some residents have been treated well, when the application is a no-brainer,” she said. But in other matters, “the lack of flexibility bothers me. I mean, these are people who bought homes in Red Bank… and we’re insisting that they only put wood-frame windows in. That’s an extra $10,000 that they didn’t plan on spending.

“If we don’t allow people to do some things, we have to expect that these houses are going to deteriorate,” she said. “If we really want to preserve them, then we have to be flexible.”

She also cited the resignation in February of  Sean Byrnes as HPC attorney after Fabricant questioned his “expertise.”

“It was the chairman’s way or no way,” she said.

In October, Boas accused Fabricant of “running the HPC as an autocracy,” according to meeting minutes. She also objected that meetings have not been recorded since Fabricant took charge.

Unlike other citizen committees, such as Parks and Rec or Animal Welfare, the HPC “is a land-use body” that’s an adjunct to the planning and zoning boards, and verbatim records of its proceedings should be available, Boas told redbankgreen.

Fabricant, however, has argued that the recordings are neither necessary nor mandated by law.

At Wednesday’s session, he read an email exchange he had with Michele Donato, who wrote that the board that the New Jersey Municipal Land Use Law does not require recordings.

Donato was not present.