Democrats will maintain their lock on the Red Bank government in 2020.

“Ladies and gentlemen, we have a blowout,” former Mayor Ed McKenna announced to the Democratic faithful who’d gathered at temporary party headquarters.

Kathy Horgan (D) 1,266
Erik Yngstrom (D) 1,278
Allison Gregory (R) 901
Jonathan Maciel Penney (R) 817
Democrats won all nine voting districts, often by wide margins, with one exception: Gregory, running for the second consecutive year, outpolled Horgan by a single vote in district two, coming in second behind Yngstrom by one vote. Results don’t include mail-in and provisional ballots.
Though they pitched themselves as advocates for the borough’s West Side, a traditional Democratic redoubt, Gregory and Penney came up far short there.
For all but one year since the early 1990s, Democrats have dominated local government. Mayor Pasquale Menna is also a Democrat. 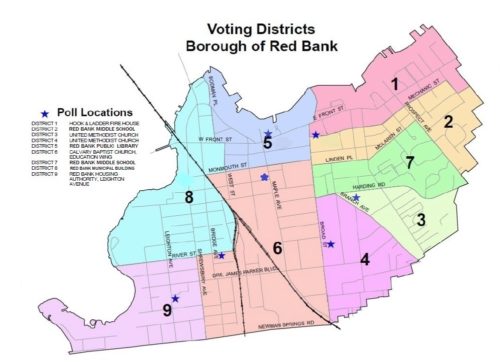