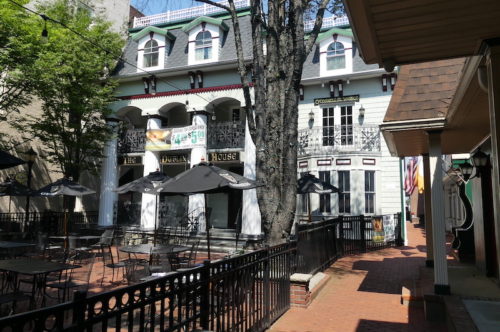 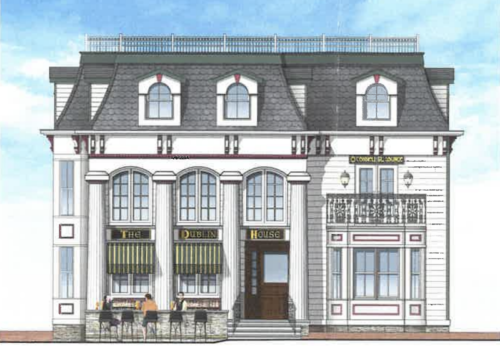 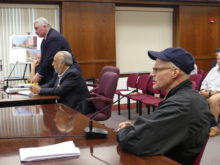 The bar and restaurant, at 30 Monmouth Street, occupies a Greek Revival structure built as a home on Broad Street sometime before 1850, according to HPC acting Chairman Chris Fabricant.

Owners Eugene Devlin and Sean Dunne proposed enclosing a front porch and second-story balcony overlooking a courtyard out front. A permanent bar would also be built in the courtyard.

The HPC rejected the plan in January. At the time, Fabricant said the changes “would not be compatible with the history of the house” and would detract from its character.

The changes would create a small but critical amount of additional enclosed space without detracting from the building’s beauty, Devlin told the board.

“The front of house is charming, it’s enchanting. We’re not touching that,” Devlin said. The two-story columns that dominate the facade will be preserved he said, and the changes will allow “functional” changes.

“It’s going to be beautiful,” he said.

Fabricant agreed that Devlin and Dunne “have been fine stewards of the property,” which several board members said had been a shambles before they acquired it in 2004 and embarked on a restoration.

But the 2018 ordinance that put teeth into the HPC’s authority means that “in matters of construction or demolition we have binding decision authority,” Fabricant said.

“This particular property has a grand front porch. To say that you’re preserving the windows and other structures on the house, when in fact the relationships between the various architectural elements are all being just isn’t true,” said Fabricant, a physician. “You take away the front porch of an historic structure and it’s not historic architecture anymore.”

Pub attorney Elias Abilheira argued that the HPC has no architects as members, and heard no expert testimony that the proposed changes would not be historically acceptable.

The zoning board ruled, 7-0, that the proposed changes should be permitted.

“I love the open porch,” board member Eileen Hogan said before she voted. But the application is not for a residential property, she said.

“There’s lots of parts of that house that aren’t historic, starting with the foundation,” said member Sean Murphy. As long as the two-story columns are preserved, as proposed, he was comfortable with the plan he said.

Prior to the vote, Fabricant objected that none of its members had the guidelines in front of them or cited any deficiencies in the HPC’s review.

The matter was “not being treated as an appeal,” by the zoning board, he said. “I’m seeing a board that is taking over the responsibility of the HPC and placing their judgment about style of an historic property over the judgment of the HPC.”