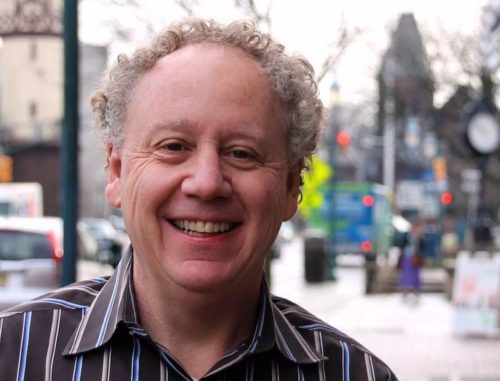 A downtown-management professional with extensive experience in New York and New Jersey has been tapped to run Red Bank RiverCenter, the organization announced Thursday.

Bob Zuckerman replaces Glenn Carter, the onetime borough planning director who served as RiverCenter’s executive for less than a year prior to his retirement earlier this year.

Zuckerman, 61, the unpaid president of the nonprofit Downtown New Jersey, an association of the state’s special improvement districts, will become RiverCenter’s fourth full-time head since early 2020. He’s scheduled to start in the job June 13.

For the past  26 months, Zuckerman has headed the Downtown Westfield Corporation, a job he took after winning election the governing body in his home town of South Orange.

At the time of his election, Zuckerman led the South Orange Village Center Alliance, another downtown promotion agency. Conflict-of-interest rules prohibited him from serving both roles, he told redbankgreen Thursday.

Zuckerman said he’s been in the downtown promotion field for the past 13 years, after a career in the nonprofit world. Prior to working in New Jersey, had roles at New York City’s Lower East Side Business Improvement District, the Greenwich Village Chelsea Chamber of Commerce and the Gowanus Canal Conservancy.

In addition, his “first-hand experience in municipal government made Bob the natural choice for this position,” she said.

Zuckerman told redbankgreen he became familiar with Red Bank as a visitor to Monmouth County over many summers, including five years when he and his husband owned a second home, in Asbury Park.

He said he was offered the top RiverCenter job in 2020 after the departure of Jim Scavone as executive director, but opted instead to go with Westfield at the time.

Largely autonomous, RiverCenter is the designated manager of Red Bank’s special improvement district, charged with cultivating economic activity through business recruitment and retention, tourism, community events and more. The nonprofit operates on a budget of $$579,970, derived from a tax on commercial properties in the district and event surpluses.

Zuckerman said he’s not yet versed in the particular challenges faced by Red Bank’s business community, “but whatever they are, it’s probably something I’ve dealt with in my years doing this kind of work.”

Broadly, he said, challenges faced by downtowns include the COVID-19 pandemic, competition from online shopping, “and now we have inflation to deal with on top of it all.”

“We seem to be in a much better place than we were, certainly, two years ago when it comes to the pandemic, but it’s still an ongoing issue,” he said, citing New York City’s recommendation this week that restaurant customers again wear masks indoors when not eating or drinking. “That could happen here in New Jersey, and how would that affect retail, how would that affect restaurants? It could.”